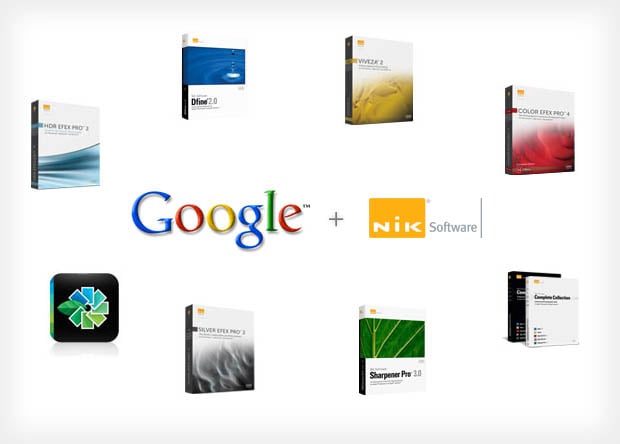 When news of Google’s acquisition of Nik Software emerged a week ago, most of the tech press (and this blog) focused on one particular offering: Snapseed. It’s a highly-acclaimed mobile photo editing app that has been growing like a weed as of late, so it made sense that Google would want it to participate in the ongoing mobile photo sharing war, right? Well, maybe not.

As our commenters quickly pointed out, Nik Software is much more than Snapseed. The company develops a number of well-known photo editing tools used by a large number of professional photographers — tools for things like HDR, black and white conversions, noise reduction, and sharpening.

HDR guru Trey Ratcliff writes that the acquisition is an indication that Google is taking photography more and more seriously:

Most of the silicon-valley-bubble-press probably does not know much about Nik Software, and doesn’t realize that this is a company built by and for professional photographers. Even though their software is designed for “pros”, I’m confident in saying that 90% of their customers are amateurs who are using these same tools to make them look like pros! Nik makes amazing tools, and I am really looking forward to seeing them bleed into my daily life of using Google+. 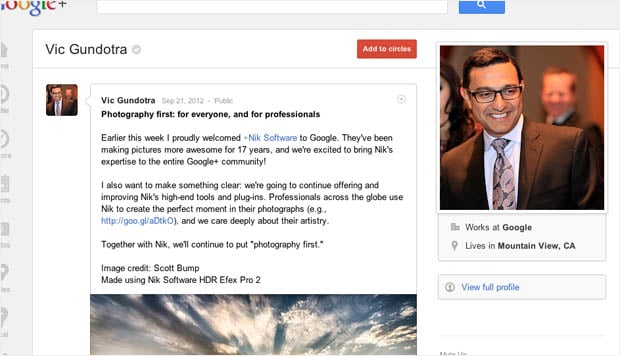 Earlier this week I proudly welcomed +Nik Software to Google. They’ve been making pictures more awesome for 17 years, and we’re excited to bring Nik’s expertise to the entire Google+ community!

I also want to make something clear: we’re going to continue offering and improving Nik’s high-end tools and plug-ins. Professionals across the globe use Nik to create the perfect moment in their photographs (e.g., http://goo.gl/aDtkO), and we care deeply about their artistry.

Together with Nik, we’ll continue to put “photography first.”

It’s exciting that a web company like Google is snapping up companies like Nik. Imagine how awesome it would be if Google decide to dedicate its engineering might and resources toward providing high-end photo editing tools for free?

(via The Next Web via Engadget)

Are DSLRs No Longer the Recommended Cameras for Newbie Photographers?

Leica Cameras Are Growing as a Status Symbol Among Celebrities