Swiss artist Guillaume Reymond of NOTsoNOISY created this amazing stop-motion animation titled “Animated Tower.” He found students and staff volunteers to turn an 11-story-building at the University of Health Sciences (HESAV) in Switzerland into a giant 10 by 11 display, with each window serving as a single pixel. 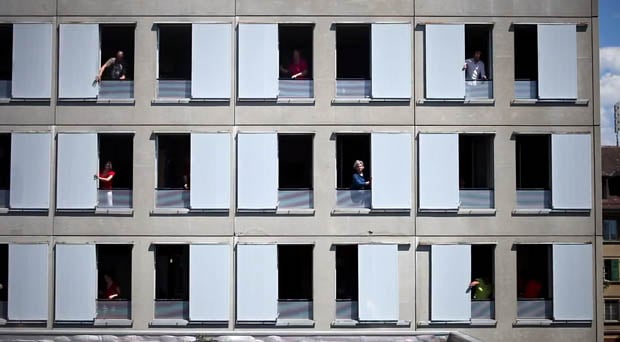 If you’re curious as to how it was created, the second half of the video is a “making-of” section, offering a behind-the-scenes look at how the project came together from start to finish.

Since being uploaded to YouTube earlier this month, the video has gone viral online. The description states that,

The 11 floors tower of the HESAV (Health High School Vaud) has been animated as a rudimentary screen whose pixels are, in fact, all the windows and shutters that students, staff and friends shake for hours 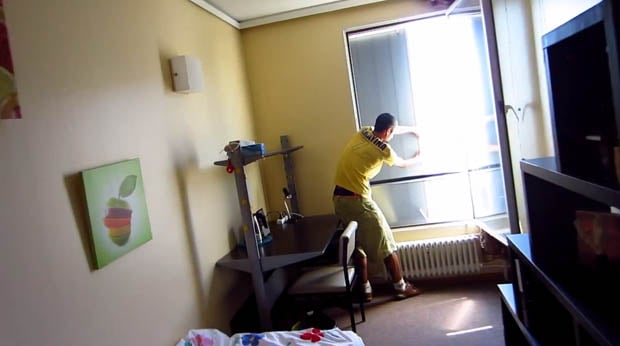 However, it might not have been as time-consuming as it appears. One of the participants revealed on Reddit that a good deal of the work was done in post-processing. He writes,

[It took] Just a couple of hours with the instructions. We NEVER did all the combos you can see in the video, just twice or three times all windows / shutters positions, all together at the same time. The rest is all post production.

We’ve seen the same kind of thing before, with the illuminated windows of buildings at night used to create animations. Might be a tad bit “fake”, but the effect is pretty neat none-the-less.