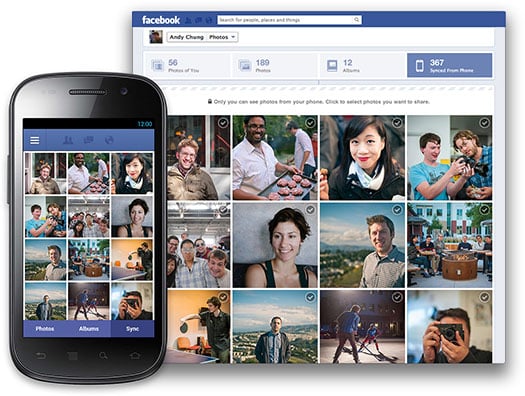 Facebook is testing out a new feature for its Android mobile app called “Photo Syncing”. The feature automatically backs up your smartphone’s photographs by uploading them to Facebook as they’re shot, tucking them away inside a private “Synced from Phone” tab on your photos page that isn’t visible to anyone but you. You can then later choose which photos you’d like to make private and which you’d simply like for Facebook to hold on to. 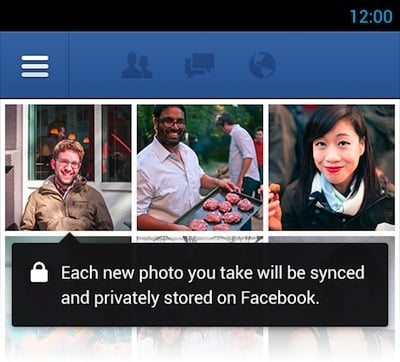 Quite a few tech giants are already fiddling with the idea of automatically beaming photos to cloud servers, from Apple’s Photo Steam to Google+’s Instant Upload feature. Blogger Robert Scoble, who spotted the feature in his app recently, writes,

Will Facebook users understand it? I hope so. Automatic uploading is a killer feature. Facebook is obviously moving slowly to make sure its users don’t get freaked out. It moves them to a private area and the photos are NOT shared until you explicitly share them. Just like the Google+ feature.

He reports that the phone will only upload a lower-resolution version of your images (960px) if you’re connected to 3G or 4G, but uses a higher-res of 2048px when you’re using Wi-Fi. If this is still the case when the app is rolled out to the world, then it seems to be very “photo sharing” focused without much emphasis on data backup.

The feature is currently being tested “on a small scale”, but if you download the latest version of Facebook’s Android app, you can check to see if it has already been enabled for you.