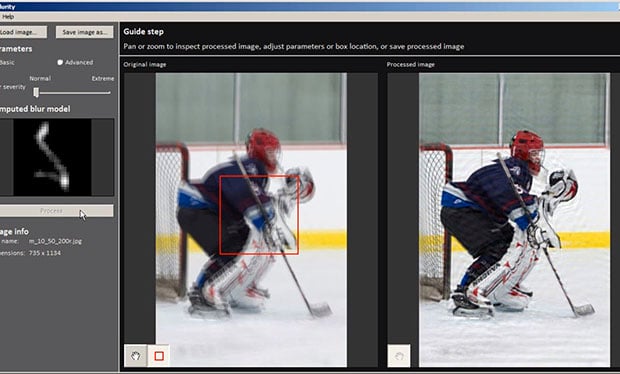 In October of 2011, the tech world went into a frenzy after Adobe showed off some crazy image deblurring research it’s working on. By calculating the camera movements that caused the blur in the first place, the algorithm is able to “reverse” the motion blur and sharpen the photo. If you’ve been impatiently waiting for the feature to show up in a new version of Photoshop, you might want to check out Blurity, a similar blur removal tool that’s already available. The software has been available to Windows users for a while now, but just recently launched for Mac OS X as well.

Just like Adobe researchers are trying to do, Blurity calculates a “blur model” when you run the program on a blurry photograph, which is then used to deblur the image. Here’s a video showing Blurity in action:

The Blurity website features some examples of the program’s effectiveness, along with images showing what competitor’s programs (e.g. Photoshop) do to the same images.

One example is this photo of a TI-89 graphing calculator. There’s a moderate amount of motion blur that makes a lot of the text on the device unreadable: 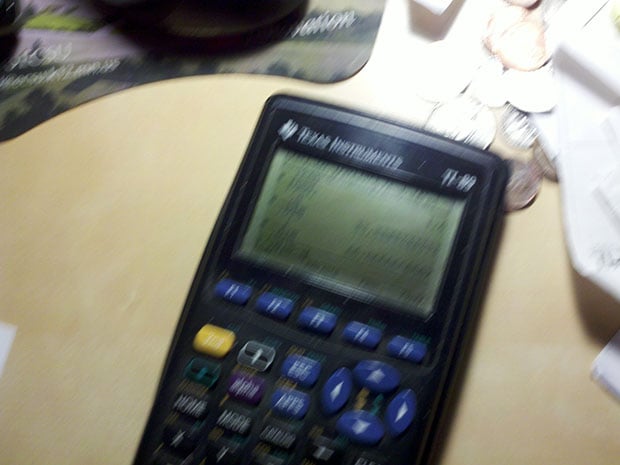 Running the image through Photoshop CS3’s Smart Sharpen filter reduces some of the blur, but the double image still causes most of the small text to be illegible: Blurity kills much of the doubling, clearing up the small labels above the calculator buttons: If you want to play around with the magic for yourself, Blurity is free to download and try. The demo version watermarks your images though, so you’ll have to fork over $39 for the full program. We’re guessing Adobe’s version will be appearing in Photoshop in the not-so-distant future, but until then, Blurity seems like it can definitely do the trick.

Blurity (via The Next Web)

Seagull Steals Camera, Films Itself Flying Off Into the Sunset