Earlier this week, we wrote about a unique fashion show put on in NYC by DVF that extensively featured Google’s Project Glass camera glasses. Google released a video today that provides an interesting look at the show, as recorded by various people wearing the devices.

Experience the DVF Spring 2013 show at New York Fashion Week through the eyes of the people who made it happen—the stylists, the models and Diane von Furstenberg herself. All the footage you see here was filmed using only Glass, Google’s latest technology that lets you capture moments from a unique, new perspective. See what happens when fashion and technology come together like you’ve never seen before.

It’s interesting seeing what goes on behind the scenes at a fashion show, especially from the diverse perspectives see in this video (glasses were given to everyone from the designer herself to the cameramen at the back of the runway room). 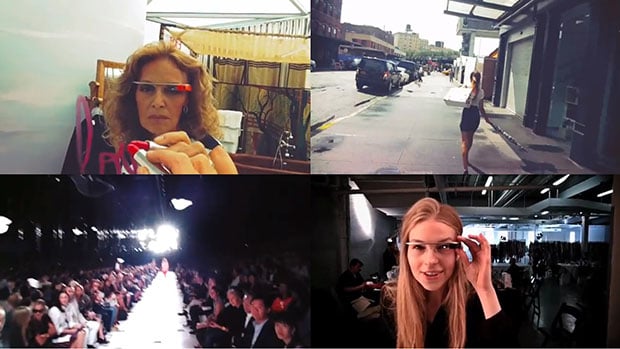 While point-of-view footage is becoming more and more common these days due to pocket-sized HD action cameras like the GoPro, those devices are still relatively bulky and intrusive compared to the slim form factor of Google Glass glasses. We’re still a ways off from the official launch, so there’s still plenty of time for the quality of the camera to be improved.