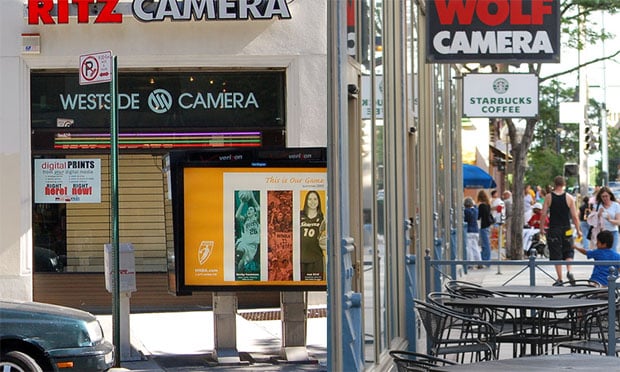 The Internet has won, and the United States’ largest camera store chain will soon go the way of the Polaroid camera. We reported earlier tonight that the entire chain of Wolf Stores was slated to be liquidated, but it turns out the damage doesn’t end there. A second source has now confirmed that the shutdowns go all the way up, and include Ritz Camera stores as well (Ritz Camera owns Wolf Camera).


The entire lineup of camera shops was purchased yesterday by Hilco, an industrial liquidation company, which plans to shut down the stores and liquidate all the assets. The Ritz warehouse has been shut down, the online printing service is going offline, and all the company’s social networking accounts have been deleted.

We hear that the stores may only be around for another 7 weeks or so, so get ready to go on a shopping spree once the liquidation sales start, and use your gift cards today!

If there’s any silver lining to this story, it’s that the photo lab and out lab services were reportedly purchased by a different company. This means that those services may re-emerge as new businesses under different names. Although buying camera gear has largely moved online, it seems that people still appreciate having local shops handle their film and digital files.