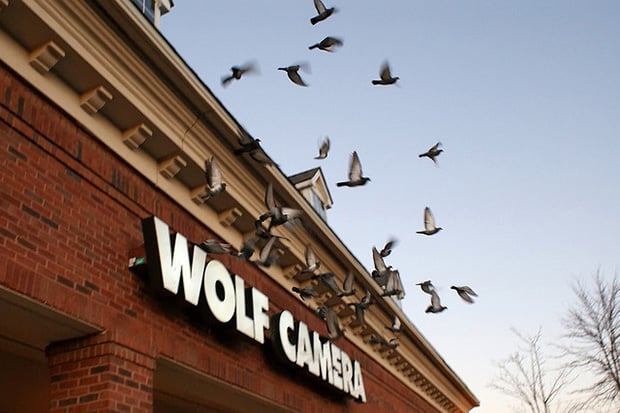 Ritz Camera went under the hammer yesterday at a public auction, the latest chapter in the company’s efforts to figure out a profitable business model in the increasingly Internet-driven business of selling camera gear. Among the things on the auction block yesterday was Wolf Camera, the competing chain of photo retail stores that Ritz acquired back in 2001. If you’re a fan of Wolf Camera shops, here’s some bad news: their days may be very numbered.

A source just informed us that all Wolf Camera shops are slated to be liquidated. He heard from a Wolf store manager friend that the chain was purchased by a liquidation company at the auction, and that exact time frames will be announced soon.

The story of Ritz Camera and Wolf Camera is slightly humorous in the way that history has repeated itself.

Wolf Camera purchased a 450-store chain named Fox Photo from Kodak back in 2001 for $64.5 million. This acquisition proved to be its downfall, as the unprofitable chain sank Wolf into bankruptcy. Ritz Camera purchased Wolf Camera that same year, after Wolf had been forced to shut down nearly half of its 700 locations.

After the purchase, Ritz Camera ballooned to nearly 1,200 camera stores, before filing for bankruptcy itself in 2009.

As we stated a couple days ago, if you have any unused gift cards or other forms of credit with Wolf Camera, you’d better hurry up and use it now before it’s too late!