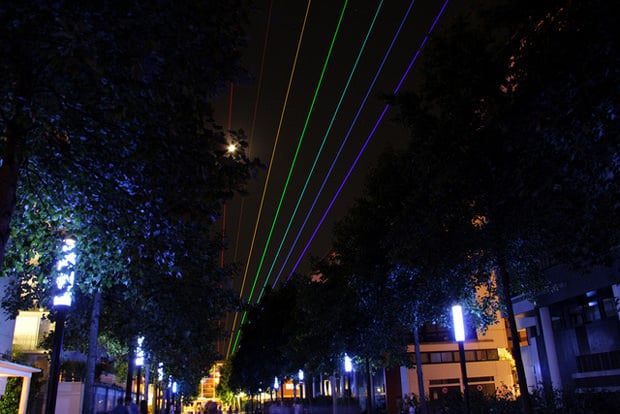 “Global Rainbow” is an outdoor art installation by Yvette Mattern that consists of seven high powered lasers projecting a bright rainbow across the night sky. The rainbow was originally displayed in New York in 2009, but has since appeared in cities across the UK. If you’re lucky enough to see the project in real life, be sure to take some photographs — it’s not every day you get to enjoy rainbows at night.