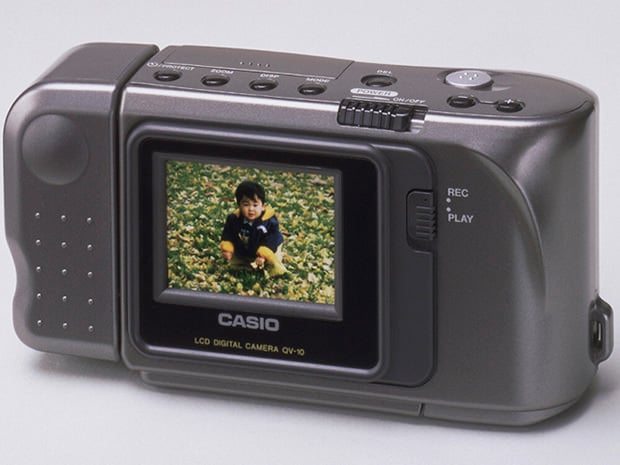 Did you know that LCD screens and live view didn’t arrive until a number of years after digital cameras hit the market? The first consumer digital camera that featured those technologies was the Casio QV-10 (seen above), which hit store shelves in 1995. However, the screen was purely for framing shots, not for eyeballing exposure, and it took roughly 10 years for live view as we know it to become ubiquitous.

The first prosumer camera to use live view for both exposure control and preview framing was the fixed-lens Canon PowerShot G1 from 2000, although this was still in the line of compact cameras.

Just in case you were wondering, the terms “live view” and “live preview” are interchangeable.

Live Preview on Wikipedia (via Casio via NPhoto)