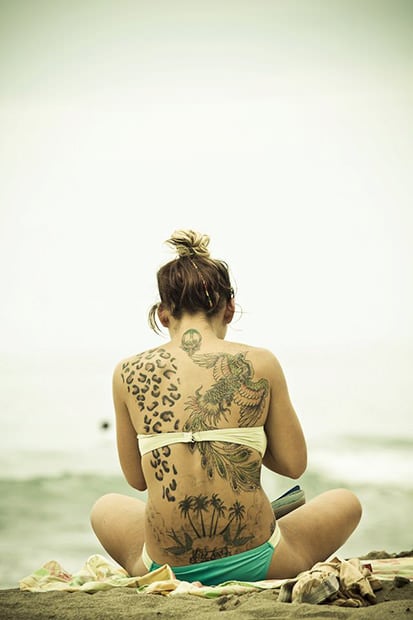 Every so often, we share a story about how powerful the Internet (and six degrees of separation) can be in reuniting owners with things they lose, whether it’s a camera that spent four years in the ocean or a roll of film lost in a blizzard.

Israel-based photographer Guy Prives experienced this amazing power of the Web firsthand recently after snapping a photograph of a mysterious tattooed girl.


It all started back in September 2011, when Prives was visiting the beach town of Puerto Viejo, Costa Rica halfway around the world. Not wanting to ask each of his subjects to sign a model release, he roamed the beaches looking for shots from angles that wouldn’t reveal faces. One of the photographs was of a girl whose back was covered in tattoos.

About two months ago, Prives was contacted by Getty Images asking to license some of the beach photographs commercially. Much to Prives’ surprise, they asked for a model release for the tattooed girl.

He emailed Getty asking why the release was still needed, and the answer was that the tattoos would be instantly recognizable to the girl in the photo and anyone who knew her. It’s not just faces that cause people to be personally identifiable in photos.

Prives then turned to the Internet in search of the girl’s identity. He shared the photo on Facebook, tagging a boatload of his friends and asking anyone if they knew her. He wrote guest posts on photography blogs, showing people the image while warning them about the importance of model releases. His story got featured by a Facebook page with 140K fans, and in the Israeli photography magazine Composition: 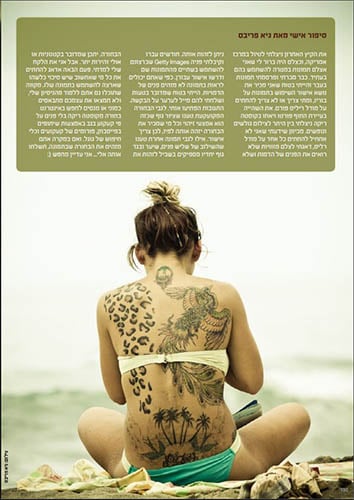 He also pinned the photograph to Pinterest. Despite having very few Likes and Repins there, a friend of the tattooed girl happened to come across that pinned picture this past weekend and contacted him.

Yesterday, Prives send a message to the tattooed girl through Facebook, and ended up receiving the model release he spent months searching for.

Let this be a lesson to all of you regarding the importance of obtaining model releases for photos that you might want to license commercially. It’s always better to be safe than sorry.

Image credit: Photograph by Guy Prives and used with permission