Photographing apex predators on land is one thing, but do it in the ocean and it’s an entirely different ball game. This behind-the-scenes video follows underwater photographer Marc Montocchio of 36North on a trip he took to the island of Saint Thomas in the US Virgin Islands. His goal was to capture a photograph of a free swimming blue marlin, which required the fishermen helping him to “fish” with a lure and no hook.

In the video, we see him experience days of failure before finally and unexpectedly snapping a once-in-a-lifetime shot — a shot that he knew he got as soon as he pressed the shutter button.

He ended up giving the resulting photo the title “One Second”:

The next day Montocchio decided to do some video recording. After filming some footage of another billfish, he was “ambushed” by a group of sharks. 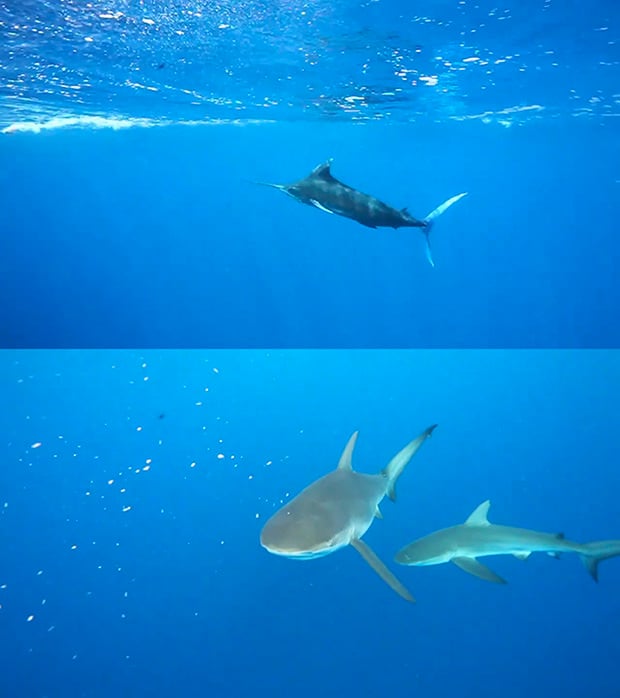 It’s crazy how casual Montocchio is about swimming with sharks in order to capture amazing underwater footage. When you hear a photographer talking about the fact that they can deal with two hungry sharks circling him, that’s when you know he’s dedicated to his craft!

Surreal Photos of Twisty Ladders on a Misty Beach