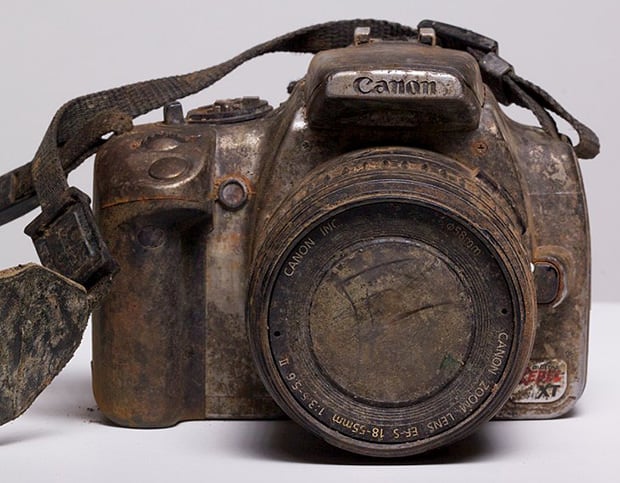 Earlier this month, we shared the crazy story of a DSLR that sat at the bottom of a creek for three years before being returned to its owner, thanks to the fact that the memory card was still readable. In case you were wondering what the camera looked like after chillin’ in such an unfriendly environment, here are some photographs of it sent to us by owner Michael Comeau.

Comeau took quite a few photographs from the standard angles seen in camera product shots (the kind attached to press releases when new models are announced). The camera is coated with a layer of mud and rust, and the 18-55mm kit lens has pretty much fused to the body (a shame, since Comeau wants to know what the sensor looks like). 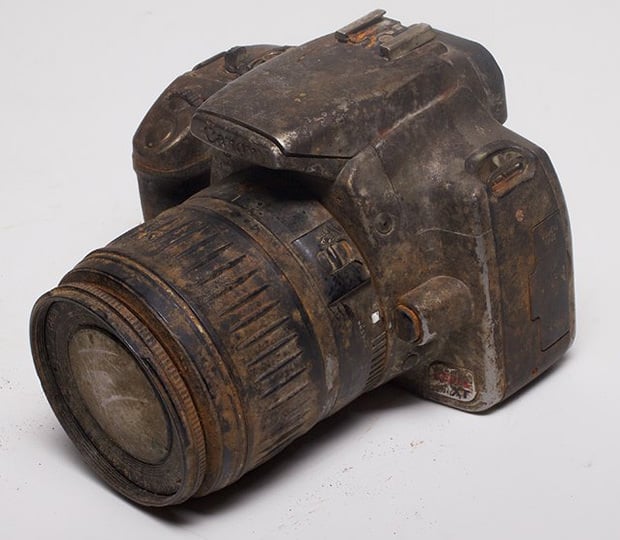 Here’s the hero of the whole story: the SanDisk Ultra II CompactFlash memory card that was still fully operational. Apparently the camera did a very good job at protecting its important parts:

You can see more photos over on Comeau’s blog.

Image credits: Photographs by Michael Comeau and used with permission