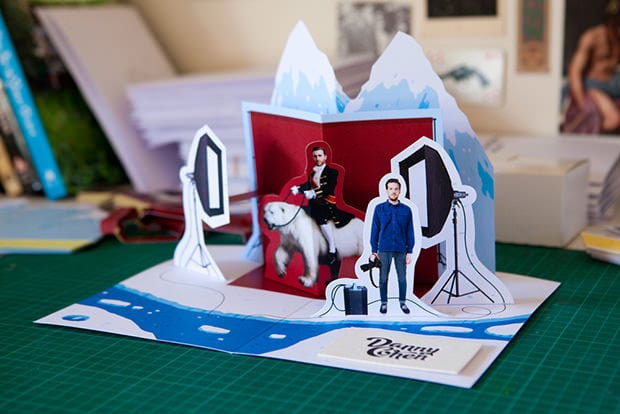 Remember Danny Cohen? He’s the photographer who plastered a 43-foot banner onto a bridge in an effort to become David LaChapelle’s photo assistant. He recently came up with another creative photographer promo, this time in the form of a pop-up card.

When opened, the card shows Cohen shooting a portrait of a polar bear-riding general in a makeshift studio in the arctic… That’s pretty win, if you ask us.

Each card has the recipient’s name printed on the front and Cohen’s business card on the inside. On the back is this short blurb:

This card is the ace up your sleeve you’ve been waiting to play. It’s your secret weapon, your 3D cardboard friend. Keep it next to your bed or stick it on the back of your toilet door. Maybe even hand it to your bartender with a handsome tip and whisper in his ear “keep it in a safe place.” Then, when an idea strikes that demands a photographer that’s a little bit different, it’ll be time to pull out this mini version of me. The card and I will be right here, ready and waiting to turn your drunken revelations into reality. Any idea you have rattling around in that head of yours, no matter how out there it may be, there’s someone that can shoot it. And that someone is me.

Here are some photos showing the idea being fleshed out: 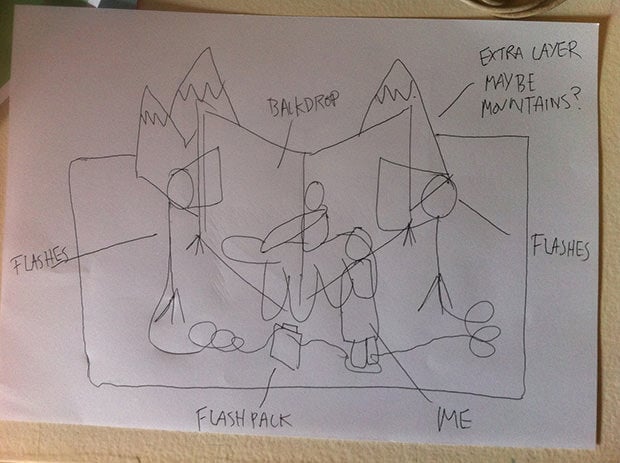 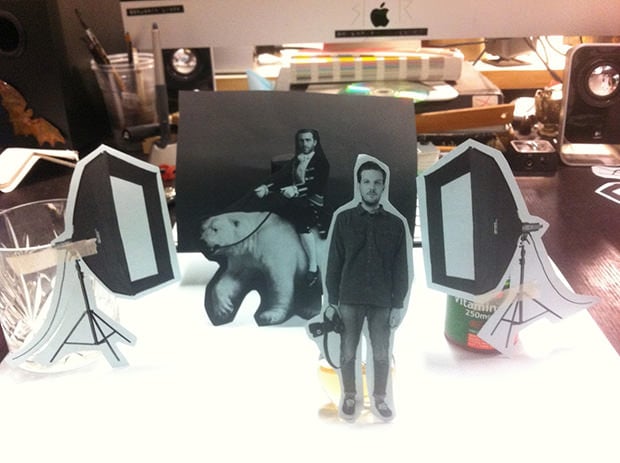 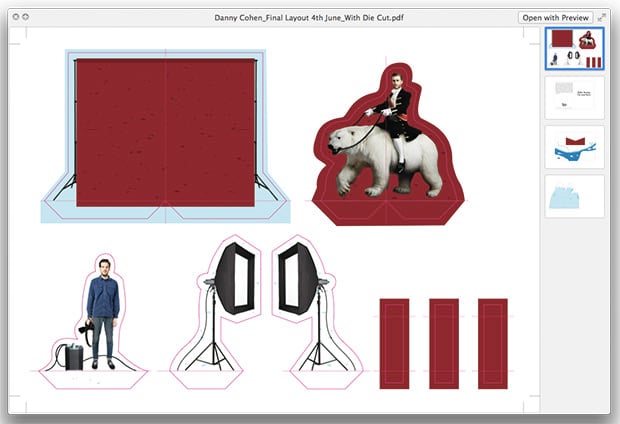 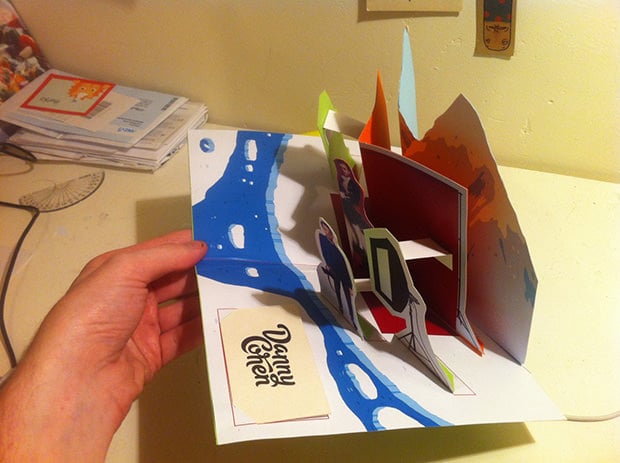 Each card has 13 tabs that are attached using double-sided tape. Here’s a video of one being assembled:

You can find more behind-the-scene photos over on Cohen’s blog.

Image credits: Photographs by Danny Cohen and used with permission