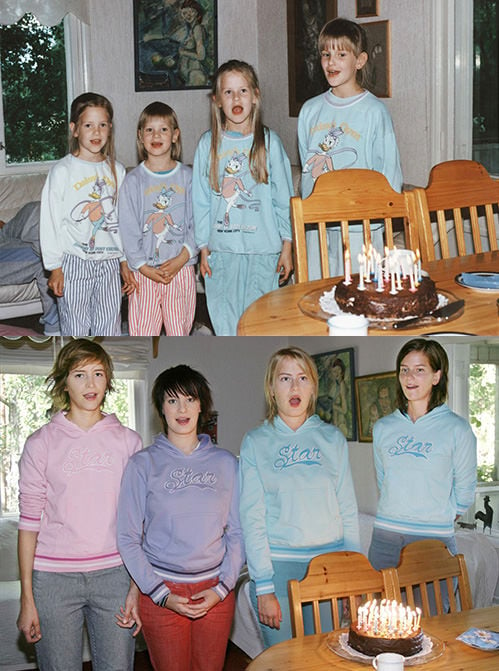 Wanting to see how she and her siblings have changed over the years, Helsinki-based photographer Wilma Hurskainen decided to gather her three sisters together and recreate photographs of the four of them taken by their father decades ago.

The project, titled Growth, features roughly 30 rephotographed images. Hurskainen tried to keep the new images as similar to the old one as possible, paying attention to things like location, composition, pose, and expression. 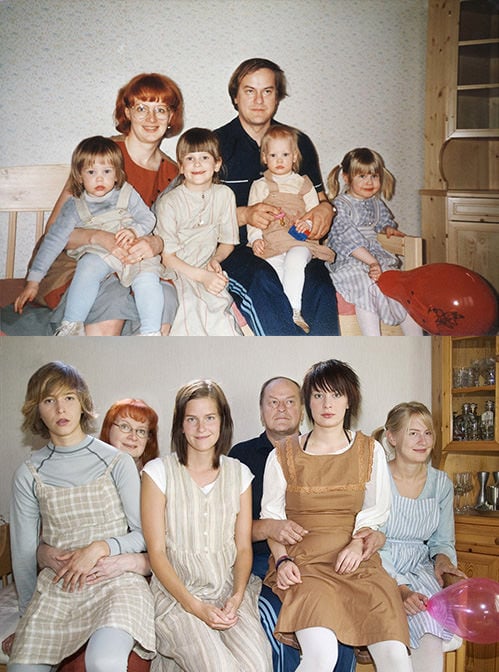 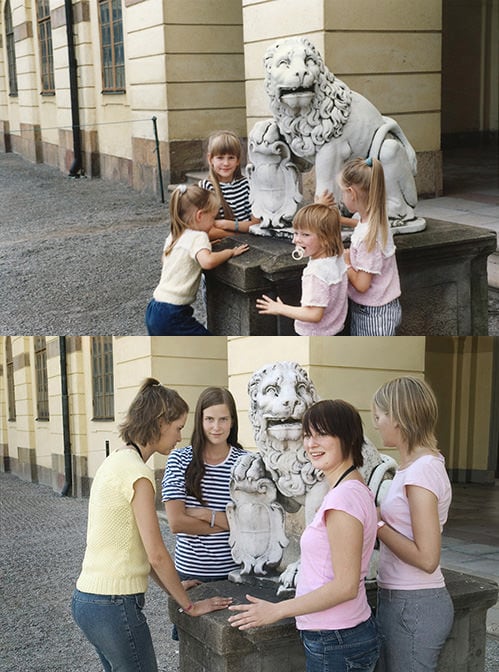 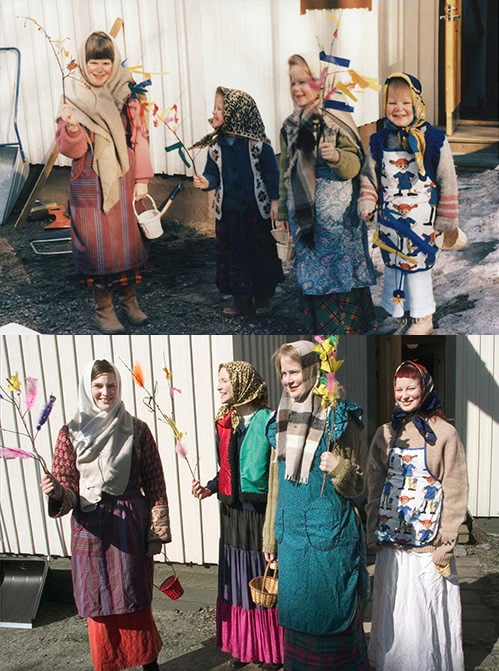 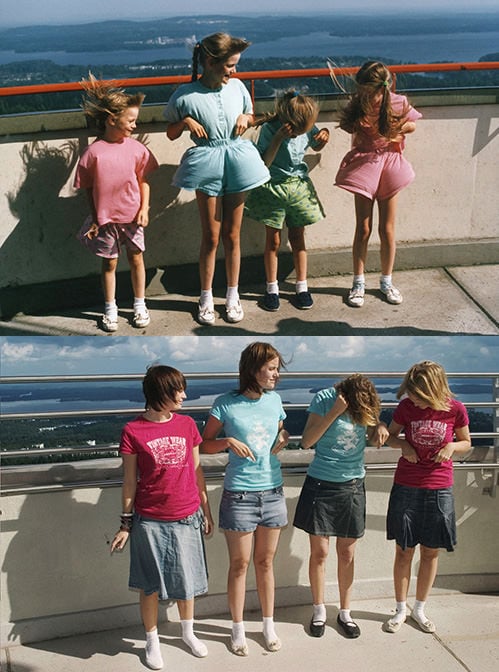 Regarding the project, Hurskainen says,

I have always been very attracted by the photograph´s ability to cross time and create this kind of comparisons. There is something sad, almost tragic, about looking at old photographs compared to new ones and seeing how people and things have changed or grown up. After all, it is said that time has been accepted as a common means of measuring life because people are not able nor willing to see the change in themselves. In the pictures it seems as if we were trying to go back to our childhood by adopting the same position towards each other and the photographer´s/spectator´s gaze but we unavoidably fail. We have to fail – there is no return in time.

Head on over to her website to see the rest of the series.

Growth by Wilma Hurskainen (via My Modern Met)

Image credits: Photographs by Wilma Hurskainen and used with permission