In 1979, as Voyager 1 made its final approach towards Jupiter, it snapped a series of beautiful black-and-white images of the massive planet that, when converted into a time-lapse, showed the movement of Jupiter’s cloud bands for the very first time.

It’s iconic footage, astronomically speaking, which is why 7 Swedish amateur astronomers and astrophotographers set out to recreate it using their own ground-based telescopes.

The final project — a collaboration between Daniel Sundström, Torbjörn Holmqvist, Peter Rosén, Göran Strand, Johan Warell, Martin Högberg and Roger Utas — is the result of over 1 million images captured over 90 days, whittled down to 560 useable frames that were then combined in post-processing to yield similar results to what Voyager 1 captured from up close. 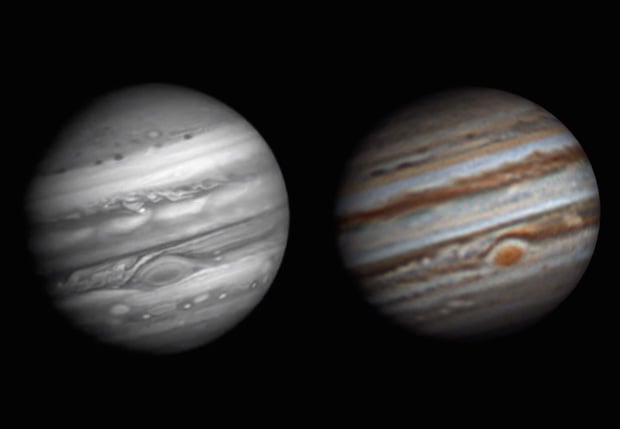 The video at the top goes through all of the steps involved in creating what they’ve dubbed “The Voyager 3 Project”: from the images they shot, to how they compiled them, to how they filled in the gaps digitally so that they had a full 28 days worth of images just like Voyager 1.

The final product might not seem very impressive for those of us who have grown up with images from Hubble adorning our desktops, but to think that amateurs were able to create images from Earth that are comparable to what Voyager 1 captured up close just 35 years ago is truly incredible.

Check out the video at the top to read the full story and see the final product for yourself (fair warning: it takes them about 4 minutes and 15 seconds of explaining before they get to the real thing).