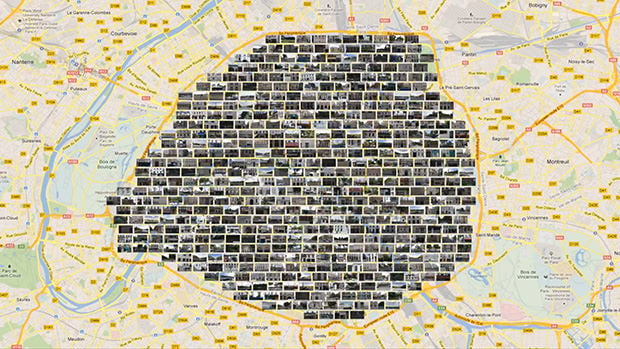 Cameras these days are smart enough to recognize the faces found inside photographs and label them with names. What if the same kind of recognition could be done for the locations of photographs? What if, instead of using satellite geodata, the camera could simply recognize where it is by the contents of the photographs?

That’s what research being done at Carnegie Mellon University and INRIA/Ecole Normale Supérieure in Paris may one day lead to. A group of researchers have created a computer program that can identify the distinctive architectural elements of major cities by processing street-level photos.

The whole effort is made possible due to the fact that we now have a crazy amount of geotagged imagery available online. Services like Google Street View have entire cities like Paris and London photographed from street level.

Searching through tens of thousands of Street View photos, the new computer program is given the task of finding elements that are distinctive to the particular location. These include things like windows, balconies, and street signs — parts of the city that have developed over the generations through architectural evolution. 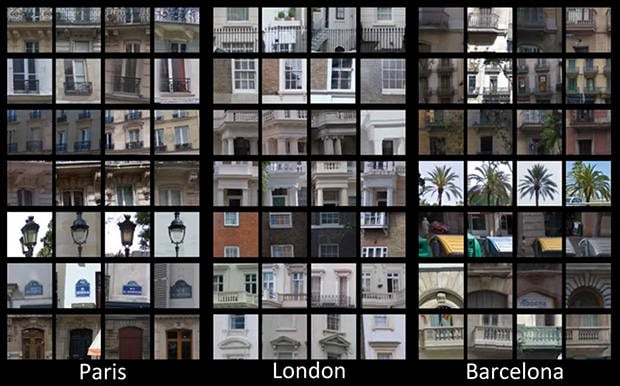 The scientists then figured out how to filter out everything but the most frequently occurring and useful elements, obtaining an architectural fingerprint of the city.

Plotting the data leads to some interesting findings. For example, certain balconies are only found on the major boulevards of Paris: 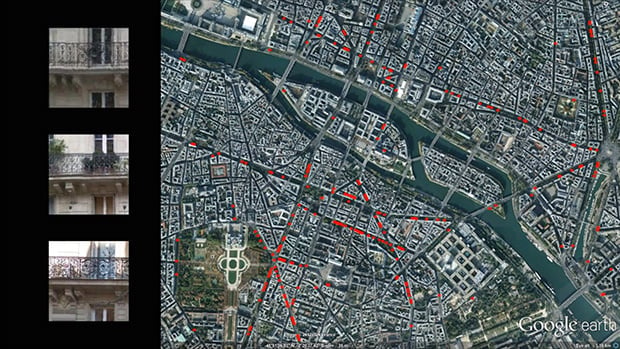 Here’s a video by the researchers explaining how their system works:

At the moment, the software could be used for things such as mapping architectural influence within and across cities.

Using this kind of thing for simple “location recognition” that could be used by consumers seems like it might be a long ways off, but we can certainly imagine it materializing as technology gets crazier and crazier.

Wear Your Favorite Photographs Around Your Neck as a Bespoke Scarf

Stealthy Photo of Marriage Proposal Goes Viral on the Internet