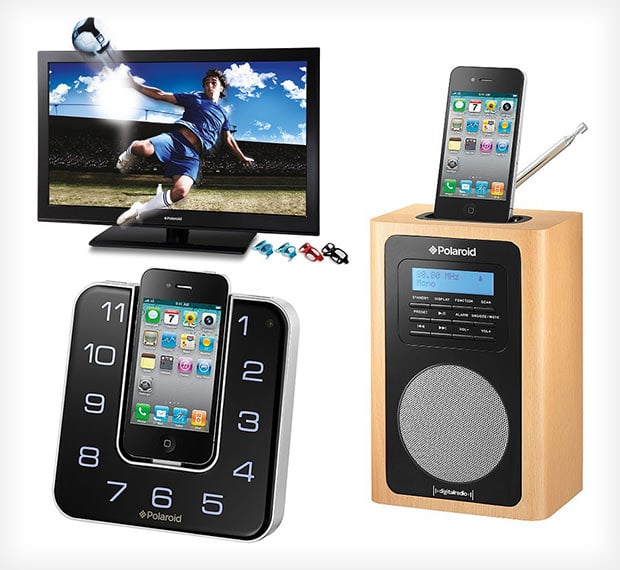 Polaroid the company was named after the inexpensive polarizing film developed by founder Edwin Land back in 1929. Over the years it became an iconic brand name associated with easy-to-use cameras and instant photos. After the company went bankrupt in the early 2000s, the brand name was sold off to a holdings company, which began licensing the name to third parties.

Up until now, the brand name has been used for mostly photography-related products, but that’s set to change: Polaroid has partnered with British retail chain Asda — owned by Wal-Mart — to branch into other electronics, including televisions and media players. The gadgets will hit store Asda shelves by the end of the month.