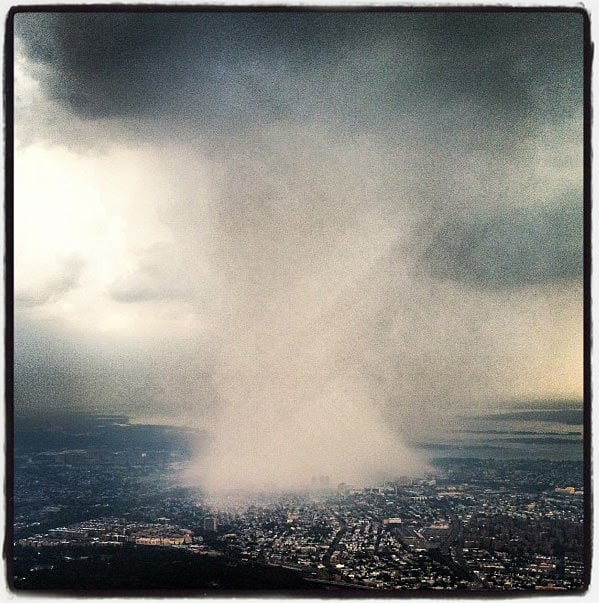 There’s a crazy storm hovering over New York City, and a few hours ago ex-NFL player Dhani Jones shot this epic Instagram photograph of it from 10,000 on a Delta airlines flight. It’s crazy how the downpour is so concentrated that it looks like a giant tornado tearing through the city.

Photography After Photography: A Back and Forth About the Future of the Photo