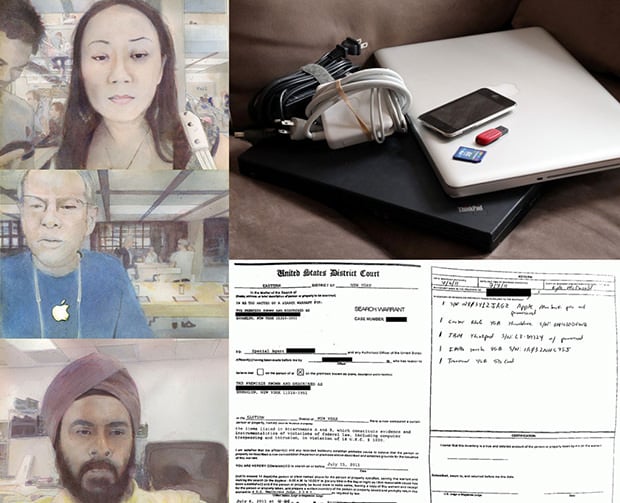 I didn’t want to break the law. I was prepared to make people a little uncomfortable, but I didn’t want to do anything illegal. That ruled out using private computers. I tried to think of a busy public space full of computers, and the Apple Store seemed so obvious. I read “The Photographer’s Right” to make sure it was ok to take the photos.

[It] sounded simple. There was definitely no expectation of privacy: the 14th Street Apple Store has glass walls. And I saw people taking pictures inside all the time, so I just had to double check with an employee. It seemed clear that I was legally within my rights, but I wanted to be sensitive to the people being photographed. I decided in advance that I would make sure it was easy to contact me if someone saw their photo and wanted it removed. I would try to keep Apple out of the discussion by always referring to it as a “computer store”, but Apple’s strong aesthetic makes it hard to hide.

When Art, Apple and the Secret Service Collide: ‘People Staring at Computers’ [Wired]