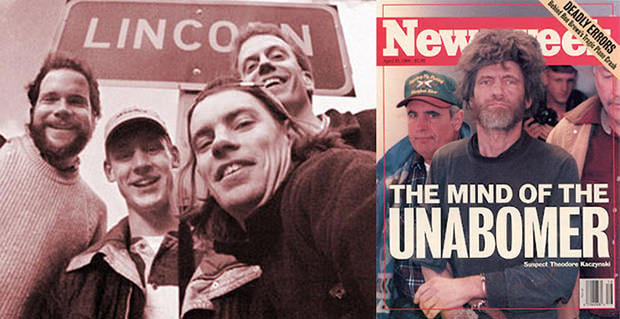 Vince Devlin over at the University of Montana has the fascinating story of how four UM photojournalism students snagged the first photos of Ted Kaczynski (AKA the “Unabomber”) back in 1996, beating other media organizations and making the cover of Newsweek:

He pulled up to the little media circus and found his three colleagues. No one was sure what was happening. Cars had come and gone all day, the others told Rec. No one knew if Kaczynski was there, or had been taken someplace else.

As they spoke, a white Ford Bronco came out of the trees and passed by.

The windows were tinted and you couldn’t see inside. Two local high school students who were hanging around shouted, “That’s him!” and jumped in their car.

None of the other photographers and journalists at the site took the bait. The four UM students huddled. Ely thought he could make out the silhouette of a man “with hair sticking up all over the place” in the back seat. They decided to break with the pack and follow.

Newsweek ended up purchasing 1-week exclusive rights to their highly sought-after photos for $26,000, and the images have made over $40,000 through the years.

Miniature Tilt-Shift Landscapes Made with Food and Wool