Update: Apparently, after hearing the Montreal Gazette’s response and suffering a rough social media backlash, Labatt have decided to back off and not pursue the issue any further. You can find all of the details here. 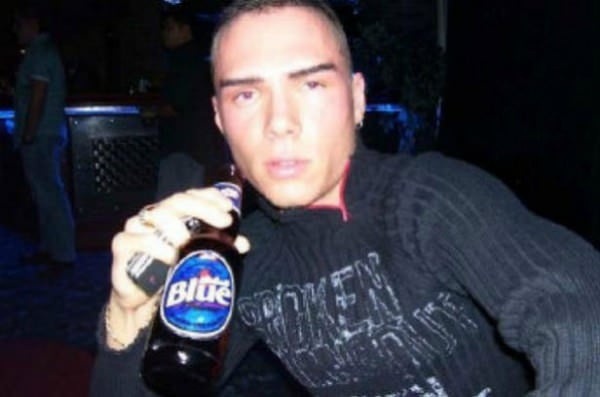 We all know that a picture is worth a thousand words, but what if your company logo showed up in a picture of an alleged killer? Chances are you wouldn’t be too thrilled with any of the 1000 words that picture was generating.

That’s the situation beer company Labatt recently found itself in because of a photo of murder suspect Luka Magnotta publicized in the Montreal Gazette. Magnotta was recently accused of murdering a Chinese engineering student, dismembering the body and mailing the parts to political parties — and in said photo(seen above) he is drinking a Labatt Blue. Needless to say, Labatt isn’t happy with what the picture is doing for their company image.

They’re so unhappy, in fact, that the photo might soon become the center of a legal debate, as Karyn Sullivan, Labatt’s associate general counsel, explains:

As I am sure you can understand, this image is highly denigrating to our brand, and we are disturbed that this image remains on your site despite repeated requests and the many images available of this person.

The issue may well come to legal blows soon, especially since the Montreal Gazette, which pulled the image off of Magnotta’s Facebook, has said that they have no intention of pulling the picture down. According to the gazette’s lawyer Mark Bantey:

The photo is newsworthy. The Gazette is not in the business of altering photos because they might offend people, and there was certainly no legal requirement to take it down.

Ironically, the whole situation is quickly turning into a prime example of the Streissand effect, doing nothing but harm to Labatt by garnering far more negative attention than the photo would have ever done by itself.

The Daguerreotype and the Beginnings of Photography