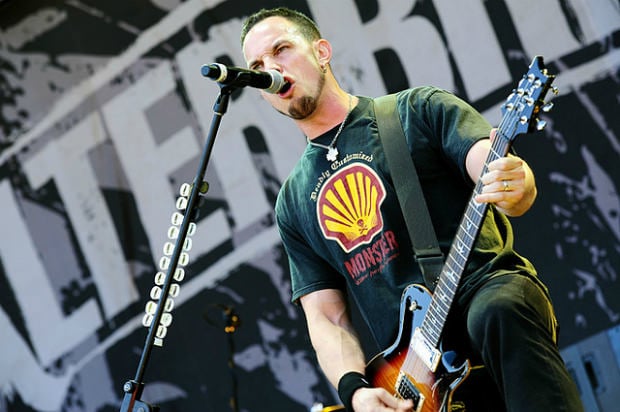 It’s difficult to ignore the fact that photographers are finding it harder to get paid for their work now more than ever, but a recent altercation between concert photographer Dan DeSlover and the band Alter Bridge took on a different dynamic — criticizing a photographer for asking to get paid.

The story goes something like this: When concert photographer Dan DeSlover discovered that his photo of Alter Bridge guitarist Mark Tremonti was being used on the band’s Facebook page to advertise Tremonti’s solo project, he respectfully asked to be paid $75 (his commercial use fee). The management refused, apologized, and removed the photo. Ideally this is where the story would end.

Unfortunately, after the photo was removed, the admin of the band’s Facebook posted the following status update:

Sorry we had to take down the picture of Mark. Got an email from the photographer wanting to charge us $75.00 to display it. Needless to say, we declined…

This update then led to a massive commenting war between fans of the band and the Facebook group “Music Photographers,” spurred on in large part by the admin who over the next two hours removed many of the comments by photographers trying to explain why using DeSlover’s work for commercial purposes without payment was wrong. Finally, after 400+ comments, the admin deleted the thread entirely.

It’s not our place to pass judgement on what happen — for the most part this was caused by a poorly worded status update, not malicious intent — but it’s hard to miss the irony of music fans not seeing anything wrong with a little copyright infringement.

Screenshots of the back and forth — including tweets from band member Brian Marshall — and more details are available here.