NASA astronomers announced today that they are certain that our galaxy is on an unavoidable collision course with the Andromeda Galaxy, the closest spiral galaxy to us. Don’t worry though, it won’t be happening for another 3.5 billion years or so. What’s interesting is that the collision will drastically change what our night sky looks like, and the astronomers released a series of photo illustrations showing what future astrophotographers will be shooting when they point their cameras at the heavens.


Just for reference, here’s what the night sky currently looks like: 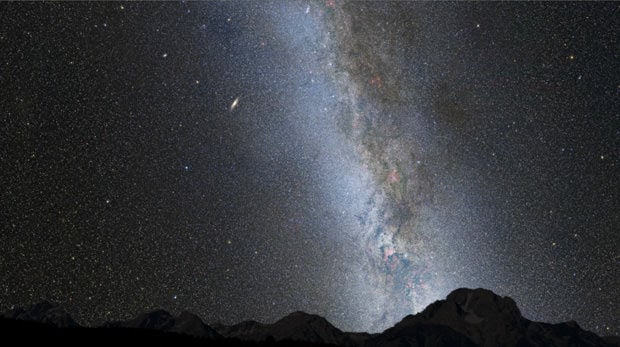 In about 3.75 billion years, Andromeda will be close enough to us that it begins to dominate the night sky: 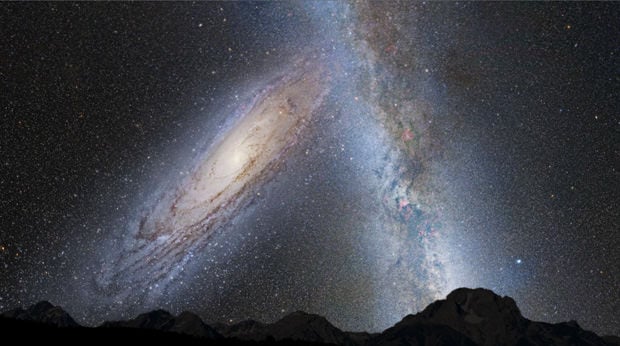 As the galaxies collide, the sky will be filled with “star fireworks” — the formation of new stars: 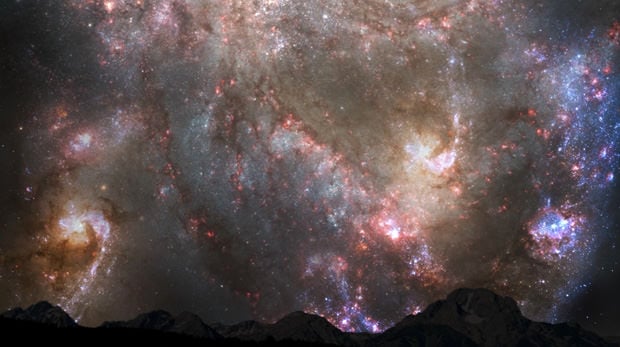 In 4 billion years, the two galaxies will begin warping one another, causing them to have a funhouse mirror look in the sky: 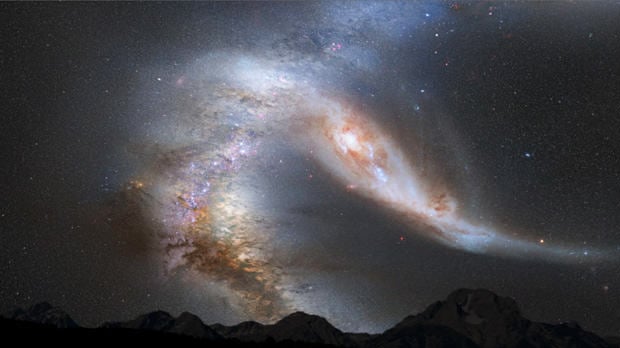 At about 7 billion years, things will begin settling down. The two galaxies will form a new giant elliptical galaxy, with a single bright core filling up our nighttime sky: 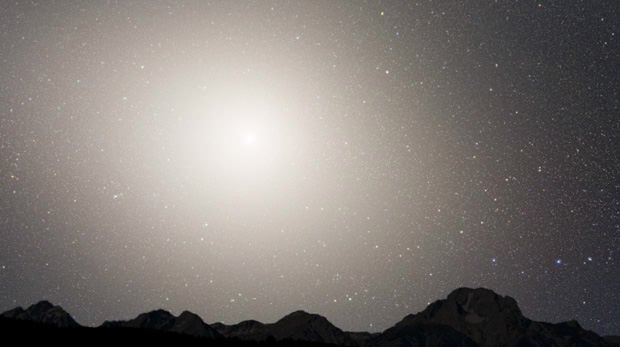