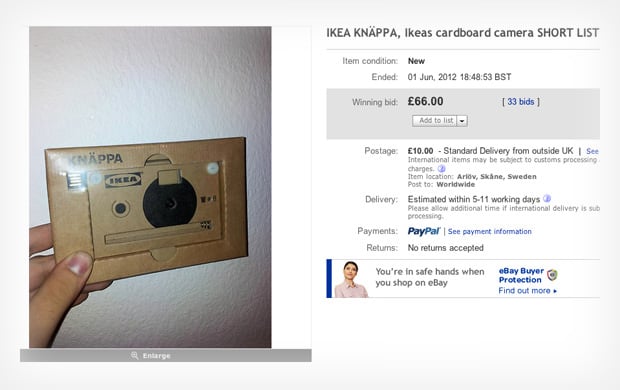 There was a collective groan from hipster photographers around the world last month after it was revealed that IKEA had no plans to start selling its KNÄPPA cardboard camera to the general public. If you were one of the lucky few who got your hands on one of the cameras, you’ll be happy to know that the free handout you snagged is increasing in value. Earlier today one of the cameras was auctioned off for about $100 over on eBay. Another listing went up shortly afterward and has already been bid up to ~$48 with two days to go. Not bad for a dirt cheap camera made out of cardboard, eh?IKEA needs to jump on the opportunity and start selling these things in stores — the demand is obviously there.

Adults Looking Back on School Portraits From Their Days of Youth