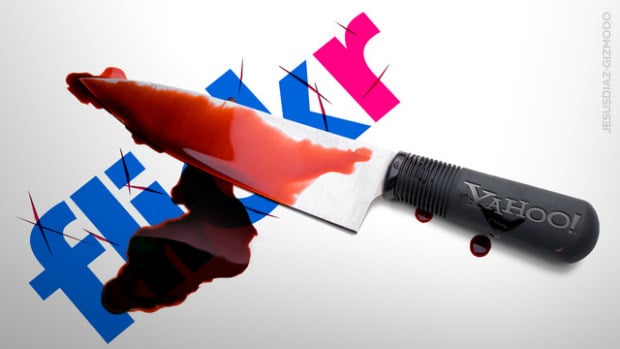 For those of us who remember it, Flickr was once an amazing place. More than just a website or a bucket of features, it was a vibrant community made up by professional photographers and amateur photo junkies alike. Before Facebook would even allow you to upload anything more than a profile picture, Flickr was the place you went to share your life in pictures. And then, at least according to an article on Gizmodo, Yahoo! happened.

In 2005, Butterfield and Fake sold their company to Yahoo, whose deep pockets promised great things for Flickr’s users […] Yahoo had bandwidth and engineering to burn. Things were going to be great; things are always going to be great the first time you embrace a new corporate mother.

But things weren’t great. As Gizmodo explains it, everything, from the reasons Yahoo! went after Flickr in the first place to the way corporate buyouts work at their core, conspired to turn Flickr into what it is today: “an afterthought.”

The original article contains much more in way of detail and entertaining explanation as to how Yahoo! stifled innovation in favor of integration than we have room for here. So instead we’ll leave you with one final snippet and a suggestion that you take 20 minutes and read the whole thing.

Recently, Flickr rolled out a “Justified” view, a way to scan your friends’ recent photos where they are all placed together like puzzle pieces. It’s similar to the way Pinterest lays out images. It’s a dramatic, gorgeous way to look at photos—that mostly highlights how rarely many people update now.

As I scroll down I note that friend after friend has quit posting. At the bottom of the page I am already back in mid 2010. So many of my friends have vanished. It feels like MySpace, circa 2009.

How Yahoo Killed Flickr and Lost the Internet [Gizmodo]