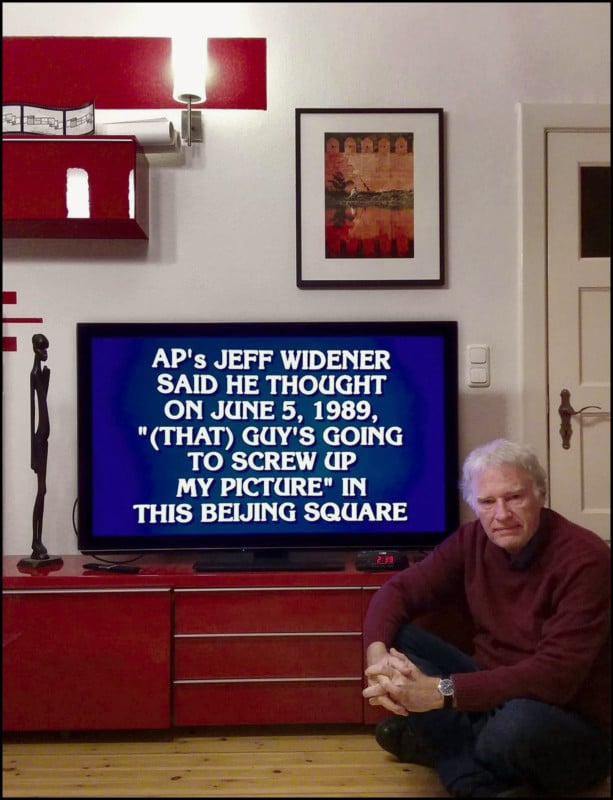 You know you’ve established your photographic legacy when you show up as a clue on Jeopardy, and that’s what happened to photographer Jeff Widener a few days ago. One of the clues on the ever-popular trivia game show focused on Widener’s iconic “Tank Man” photo.

The answer was: “What is Tiananmen Square.”

Widener’s most famous photo was captured in that square on June 5, 1989, in the aftermath of the Tiananmen Square protests. The photo came to be known as “Tank Man,” and it shows a protester standing in front of a column of Chinese military tanks. It is now considered one of the most iconic photos ever shot.

“It’s true that I first thought the ‘Tank Man’ would mess up my composition of a line of tanks at Tiananmen Square but that was before he made his famous standoff,” Widener writes. “I had been hit in the face by a rock during a burning armored car incident the night before so I was not really thinking clearly when I made the photo.

“So many cool things have happened in my life because of ‘Tank Man’.”

500px Bans Photographer for Photos Not Being ‘Photographic’ Enough