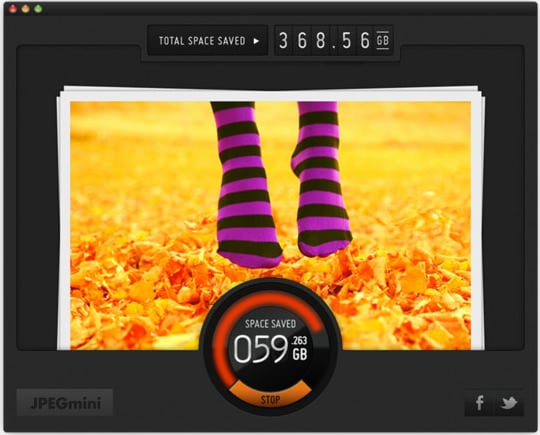 Back in August we featured a service called JPEGmini, which gives anybody the ability to shrink their photos up to 5-times in size without any visible quality difference — a substantial claim, but one that the service seemed to live up to quite well (we use it regularly).
In the original post we even put a side-by-side comparison of a photo we had shrunk down to 4.1-times its original size, and people were generally impressed by the outcome. Some commenters were even hoping for a Photoshop plugin.

Instead of a Photoshop plugin, however, JPEGmini has decided to branch out from the web by offering a Mac application that will perform this same shrinking service to entire photo libraries. People cramped for disk space — and who don’t want to spring for a new HDD — can buy the app for $19.99 and compress their library up to 5-times without any visible change in the photos themselves.

Sure, professionals probably won’t want to do this; compression is compression, and “visible” is most definitely in the eye of the beholder. But those who aren’t concerned with losing a little bit of hard-to-notice quality while gaining a lot of space will be glad JPEGmini for Mac is available.