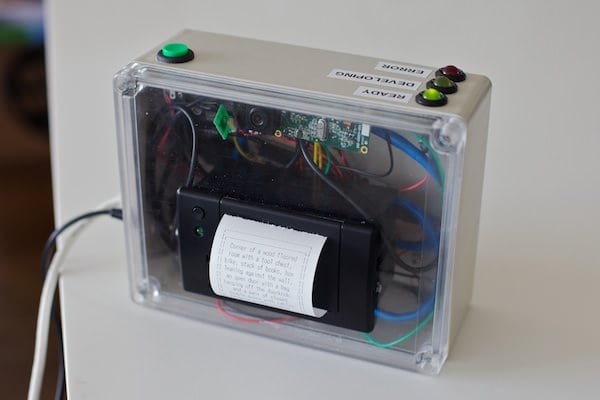 Many photographers enjoy receiving feedback about their created images. Services such as Flickr and even Instagram are built at least partially around sharing your images and, hopefully, receiving some comments and praise in return. There’s something fascinating about having your work interpreted though someone else’s lens, and when Matt Richardson invented his “Descriptive Camera” he kept this in mind.

Using only a USB Webcam, thermal printer, ethernet connection and shutter button, the Descriptive Camera takes your images and send them off to be interpreted by actual humans via Amazon’s Mechanical Turk API. For the low price of $1.25 per image, the people on the other end then interpret your photo in their own words and, about 6 minutes later, the thermal printer spits out a Polaroid-styled print-out of their assessment. There’s also a cheaper “Accomplice Mode” which allows you to send out links to the image via instant messager if you don’t want to pony up the cash. 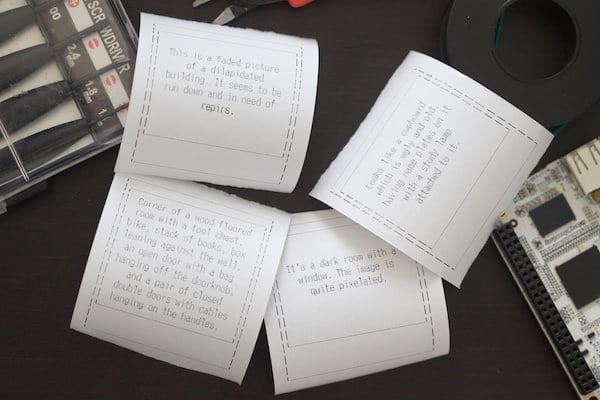 The project was designed as part of a class in NYU’s Interactive Telecommunications program, and although it currently works tethered to a 5V source, Richardson hopes to have a wireless version out soon. We’re not sure what creative innovations such as this will mean for the future — maybe future camera releases will include an “analysis” button and a thermal printout of their own — but the project has gotten some well deserved attention. 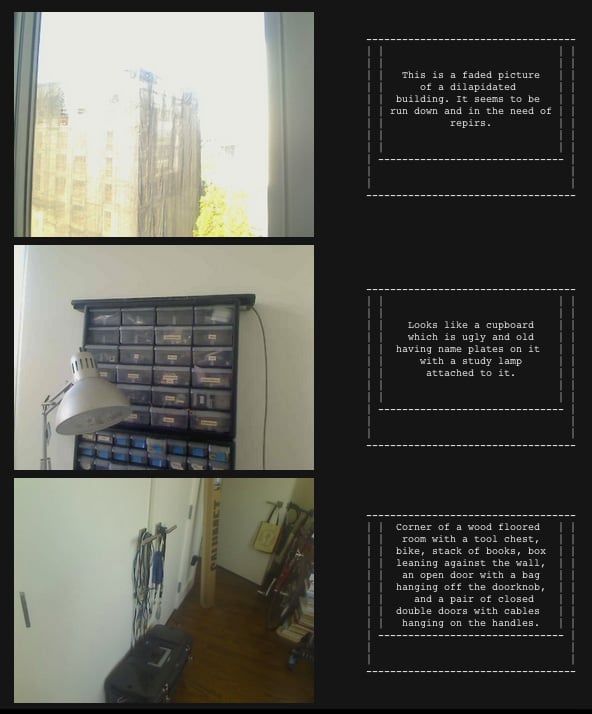 Descriptive Camera, 2012 (via The Verge)

Time-Lapse of a Boy from Birth to Age 9