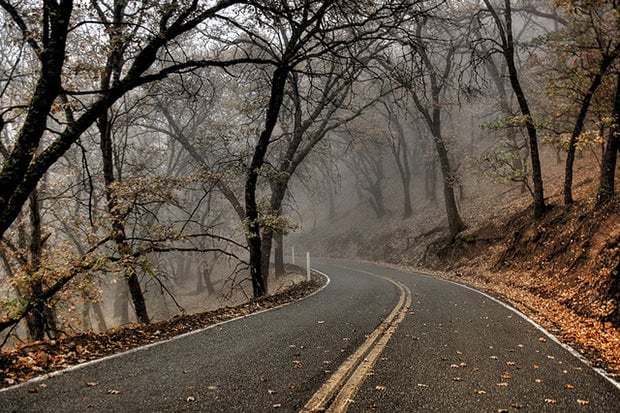 The basic premise of that dictum is as follows: making great pictures is about the photographer, not the camera or the lens or any other piece of gear. A good photographer can make a great image with a point-and-shoot that an amateur armed with a Nikon D4 and an 85mm f/1.4 lens can’t match.

I’ve personally repeated the “It’s not the camera that takes the picture” mantra to new photographers myself because I know it to be true, and because it helps allay the fears many photographers have when buying their first DSLR, for example.

I’ve also made some images, like the one shown above of Highway 130 in the San Francisco Bay Area, that I still like. It was taken with a Canon Rebel XTi and an 18–55mm kit lens.

So, yes, at a basic level, you can make great images with very basic gear. For newcomers, especially, this is a good sermon to preach.

You knew there was going to be one, right?

Before I tell you what that catch is, let me say this again, this time in bold and italic typeface: You don’t need expensive gear to get started in photography. Even a point-and-shoot will work. Use basic gear to learn the basics of photography before you start eyeing big gear.

Ok. Here’s that catch: Gear doesn’t matter – except when it does.

Scott Kelby said it best on episode 46 of his show, The Grid:

You know what it is? Here’s the truth. Sometimes, it is about the equipment. Sometimes it is, and nobody wants to say that, because everyone wants to be camera-politically correct… The reality of it is, sometimes it is. If you want a certain look, sometimes you have to buy stuff.

Watch that episode and you’ll see why he says that. For the record, I agree with him.

There are two key reasons why – and when – I think gear matters.

1. When you begin to specialize

When you’re first starting out with photography, you’re exploring the basics. You’re learning about composition and exposure, getting to know your camera and how it performs under various situations.

At this point, when you’re first starting out, it’s not about the gear. Sure, you’ll want some basics, like a modern DSLR or digital rangefinder, but really, even a digital point-and-shoot will help you learn those basics.

Let’s be clear here. You’re not very likely to photograph a hummingbird in the shade without a long lens and a camera that’ll perform well at ISO 1600. You’re not likely to grab a shot of the wide receiver at a football game make the game-winning catch and isolate him from the crowded background, in stadium lighting, without a long lens and a wide-open (think 400mm at f/2.8) aperture.

When you drift towards specific genres, your gear will directly affect your ability to make the images you want to. Long, fast lenses and high-ISO cameras may be necessary for some types of photography, while more megapixels and strobes with short durations may be more appropriate for freezing subjects in mid-motion.

That’s when gear will matter.

2. When you’ve hit a certain level of expertise

There are a lot of jokes that are circulating around on the subject of gear.

One that I’ve heard time and time again goes along these lines: Some hapless dolt gapes at your awesome hummingbird shot and says, “Boy, that’s a great picture! You must have a great camera!”

You get snarky and respond, “Yup. Got it from the same place Michelangelo bought his brushes.”

I guess that’s appropriate to some extent. As I said above, we have to stress the importance of the creator of an image.

But you know what? I betcha Michelangelo did have great brushes. And paints. And whatever else painters use (rulers? palettes?).

There is a reason why painters sometimes obsess over the quality of their brushes, or why great chefs use thousand-dollar knives, pots, and pans. At some point, artists realize that getting great gear makes a difference to their art – not because they couldn’t create something without those top-notch tools, but because top-notch tools make it easier for them to execute their vision.

Here’s an example: I photograph birds from time to time. It’s something I’m not great at, but I love doing it. What I really wanted was to capture a hummingbird in flight. I wanted to freeze its wings, to grab a shot of it in mid-motion. I wanted a shot so detailed that you could see tiny feathers on the bird.

In the beginning, I tried using my Rebel XTi and my friend’s 100–400 lens. The hummingbirds, however, kept coming to flowers that were almost perpetually in shade, and my XTi’s high-ISO performance was not doing the trick. I needed to hit ISO 1000+ and it usually fell apart at ISO 400.

It wasn’t till I rented a Canon 1D Mark IV and a 600mm f/4 lens with a gimbal head that I was finally able to get the image you see here. At a 100% crop, you can even see the bird’s tiny feet.

This is when gear mattered.

But I’ve heard too many photographers – including some that I seriously respect and admire – repeat the “Gear doesn’t matter” mantra without qualification. I wish someone had explained this to me in my early days – I spent a LOT of time chasing impossible images with my kit lens and nearly gave up on photography a few times.

I’ll leave you with this quote from photographer David DuChemin, who coined the phrase, “Gear is good. Vision is better.” This is from a comment he left on Zack Arias’ blog entry announcing his medium-format switch:

I hate you. Been trying to dodge this reality for a while, and it’s coming closer and closer. I think I’m done with falling off walls for now, so might as well learn a new system. These posts are tough to do because inevitably someone gets in your grill about “the camera doesn’t matter.” And it really doesn’t. Unless you have specific needs, and then it does [emphasis mine]. And if the client even thinks they have the need for larger files, or you happen to love printing gigantic prints, then output matters and the kind of camera you have determines this output.

About the author: Sohail Mamdani is a writer and photographer who writes for the gear rental service BorrowLenses. This post was original published on the BorrowLenses blog.

Engagement Photo Taken in the Middle of a Freeway

Fujifilm to Increase Its Worldwide Film Prices Starting Next Month