A few months ago we mentioned that compact camera manufacturers were approaching smartphone competition the wrong way. We posited that instead of adding  unique features like sleeping face recognition and make-up mode, they should instead be focusing on improving ease-of-use and image quality.

It seems that Sharp was listening — or at least had the same idea — because they just announced a new 20-megapixel 1/2.3-type CCD sensor for use in compact cameras, the RJ23G3BA0LT. 1/2.4-type CCD sensors are the tiny sensors found in most point-and-shoot cameras, but even though this sensor has smaller pixels crammed closer together, Sharp claims that it has the same sensitivity as current 16-megapixel sensors of the same size. Basically, they took the smallest sensor size available and packed an extra 4 million pixels onto it than ever before without losing any image quality.

Here’s a helpful diagram that shows how 1/2.4-type sensors stack up against other popular formats (it’s the smallest one): 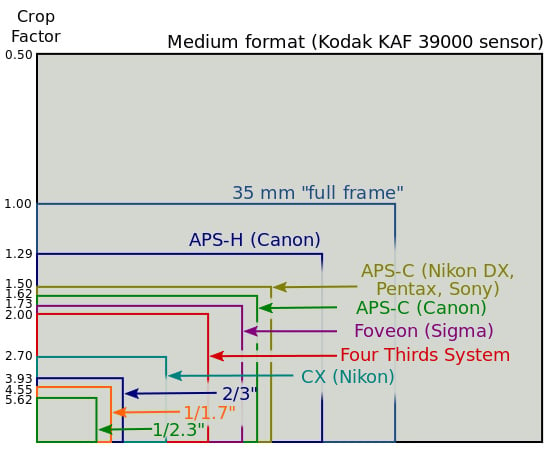 The new sensor will also support 720p video at 30fps; and while sampling won’t start until later this month — with full-scale production of 200,000 sensors per day not scheduled until August — this might be one small step towards saving the compact camera from extinction. Of course, that’s only if smartphone manufacturers don’t start using the same technology to cram more pixels into their own creations.

(via Photography Blog via TogTech)

How to Turn Sunlight into Moonlight with Camera Trickery