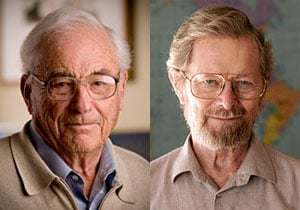 The technology behind DSLRs, video cameras, web cams, and even astrophotography and medical imaging would not be where it is today without the combined ingenuity of Willard S. Boyle and George E. Smith, who were awarded the Nobel Prize in Physics today in Stockholm.

In 1969, Boyle and Smith invented the first digital imaging sensor, the charge-coupled device, or the CCD sensor. The two scientists developed CCD technology from 1921 Nobel Prize predecessor Albert Einstein’s theory of the photoelectric effect, through which light is converted into electrons. In short, CCD sensors capture the electron signals in the form of image points, or pixels.

The invention of the CCD sensor ushered in the digital age of photography, facilitating distribution of photographs and broadening the use of digital imaging into the fields of medicine and astronomy.

Currently, CCD sensors are still employed in a variety of cameras such as the Hasselblad digital H series (which costs as much as a high-end economy car), the entry-level Nikon D40, and the average phone camera and webcam, including the Apple iSight. 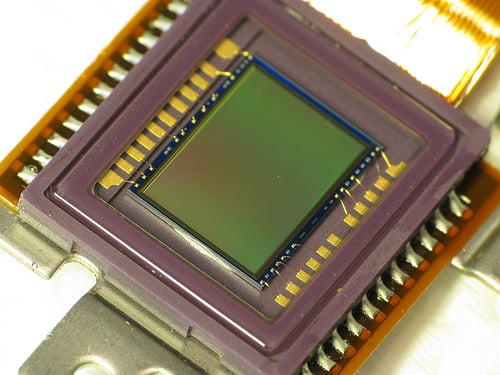 CCD sensors, which are generally recognized as more mature since they were developed earlier, tend to be preferred when high sensitivity, accurate color, and more pixels are needed. Thus, CCD sensors are also used in the Hubble Space Telescope and medical imaging. Also, smaller cameras, like webcams and compact digital cameras, have smaller sensors, so the CCD sensor can compensate for the reduced sensor area, which usually results in lower light sensitivity and higher noise.

Most modern DSLRs use complimentary metal-oxide semiconductor sensors, or CMOS — you’ll usually see this listed next to most camera specs. CMOS sensors have lineage from CCD sensors, capturing light in the same way.

CMOS sensors took over the camera industry over the last decade, mostly because they are cheaper to manufacture, as they’re made like a computer microchip. Additionally, they require less energy to capture an image, and thus require a smaller battery, which is more friendly and practical for the average consumer. Most modern CMOS sensors are also have a built-in image processor, unlike CCD sensors, which is solely devoted to capturing light, and has a separate unit to process image data.

CMOS and CCD sensors have a complementary relationship; neither is considered particularly superior to the other, especially as technology continues to improve for both.

And as technology advances, so does mankind. The Nobel Prize for inventing the CCD celebrates not only the innovation of Boyle and Smith, but the far-reaching impact of photography on humanity through technology, communication, aesthetics, and science.

Image Credit: Boyle and Smith mugshots by the National Academy of Engineering, CCD by GEEZETH