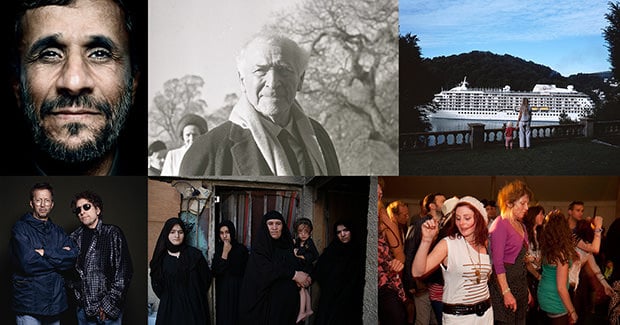 The Guardian published an article yesterday that features a number of prominent photographers (e.g. Jane Bown, Martin Parr, Terry O’Neil, Platon) sharing about missed photo opportunities and their “worst shots”. Platon has an interesting story regarding photographing Iranian president Ahmadinejad back in 2009 while snapping portraits of world leaders:

Ahmadinejad was the biggest surprise. On the first day, he made one of the most controversial speeches ever given at the UN, and a large proportion of the auditorium walked out. As he left the stage his supporters swarmed him, patting his back and shaking his hand. There were about 150 people pulling him in different directions. I elbowed my way into the middle of the scrum, grabbed both his hands, looked into his eyes and said, “Come with me, I am going to take your picture.” As I gently pulled his hands, miraculously he started to follow me to my studio.

I was expecting to get that dictatorial menace he had shown in his speech. But he suddenly realised that, not only was he about to sit for the most intimate portrait of him ever, the crowd was also watching. They were all cheering; he lost his composure for a second and started to laugh. What I got was him trying to regain his composure. It’s the most sinister leer I’ve caught on film.

It was a missed opportunity, in the sense that he was trying to gather himself and deal with the embarrassment of performing in front of all those people. On the other hand, it gave me something I would never have expected. No one thinks of Ahmadinejad as a man with a hint of a smile.

My best shot: The one that got away [The Guardian]

10 Photographers You Should Ignore