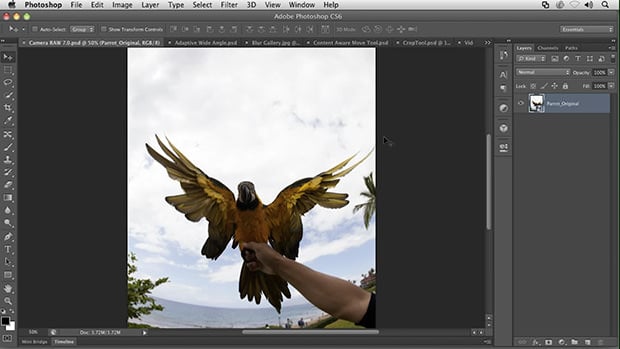 Adobe has launched the public beta version of Photoshop CS6, which features a completely redesigned user interface along with new saving features (auto and background), new content-aware features (move and patch), new blur filters, an updated Adobe Camera RAW, and improved video editing capability. There’s a 62% increase in features, with 65 of them inspired by user feedback. ACR 7 also features the same new engine found in Lightroom 4 that improves the performance of sliders.

Here’s a video in which Senior Creative Director Russel Brown introduces 6 of his favorite new features in CS6:

You can download and try out the CS6 Beta for free for a limited time from Adobe Labs. The program will cost $700 when the final version is launched.