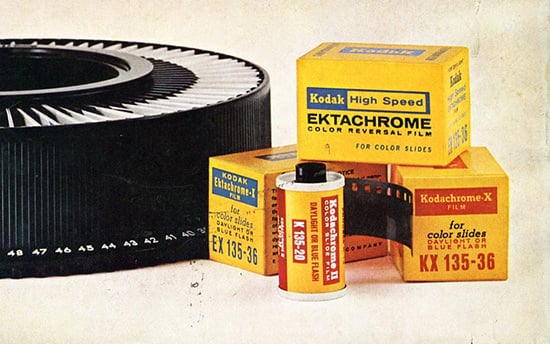 Kodak announced today that it has decided to discontinue its color reversal (AKA slide) films due to a steady decrease in sales and usage. The films discontinued are Ektachrome E100G/E100VS and Elite Chrome Extra Color 100. The company estimates that based on current sales pace, you’ll still be able to purchase the discontinued films for about six to nine months. If you were a loyal Kodak slide film shooter, it’ll soon be time to switch over to negative film or to Fujifilm color reversal films.

(via Kodak via PhotographyBLOG)