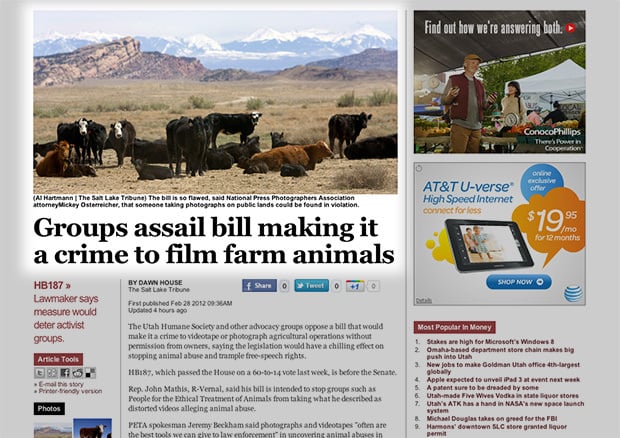 This looks like a screenshot of a satirical article by The Onion, but it’s actually an actual story over on the Salt Lake Tribune. Turns out Utah is the latest state to introduce Florida-esque legislation that would make it a crime to photograph or videotape agricultural operations without permission from owners. Like in Florida, the bill’s intent is to stop activist groups such as PETA from capturing covert imagery that allegedly show animal abuse.

Trippy Footage from a Digital Camera Mounted to an Electric Drill