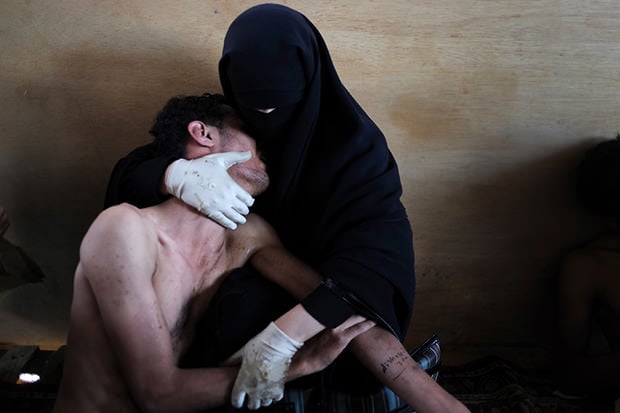 This powerful photograph by photographer Samuel Aranda was introduced today as the World Press Photo of the Year 2012. The description reads,

A woman holds a wounded relative in her arms, inside a mosque used as a field hospital by demonstrators against the rule of President Ali Abdullah Saleh, during clashes in Sanaa, Yemen on 15 October 2011.

The Size of Lytro’s Sensor Compared with Other Common Formats