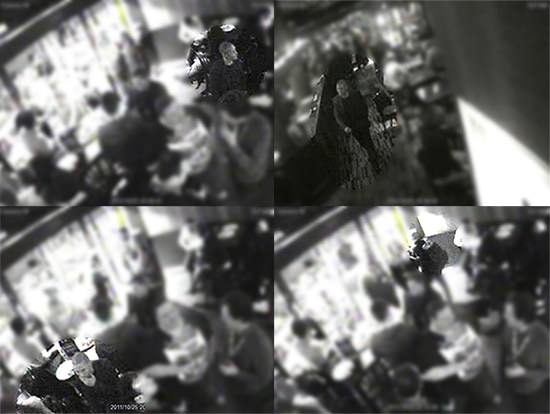 If you’re ever sitting down in a public place with your camera bag, having it close by isn’t enough to protect it from theft — you need to make sure it can’t be easily snatched. Tom Bird of the UK learned this the hard way: he was at a pub recently when his camera bag suddenly disappeared. It’s contents? Just thousands of dollars worth of gear including a Canon 5D Mark II, a 24-70mm f/2.8, a 50mm f/1.2, a 16-35mm f/2.8 and a laptop.

After finding that his bag had gone missing, Bird quickly requested the security camera footage from the bar, which provided it immediately. Lo and behold, the thief could be seen entering the bar, picking up the bag (after some scouting and sitting down next to it), and making a quick escape:

Unfortunately for Bird, the police later informed him that they wouldn’t be taking up the case because the security camera footage was too poor.

If you can’t have your eye on your bag, make sure you at least have your leg hooked around the strap. It’ll prevent someone from walking off with it, and will hopefully alert you if anyone tries to open it up.

(via Tom Bird via Pixiq)

Portraits That Recreate Paintings by the Old Masters