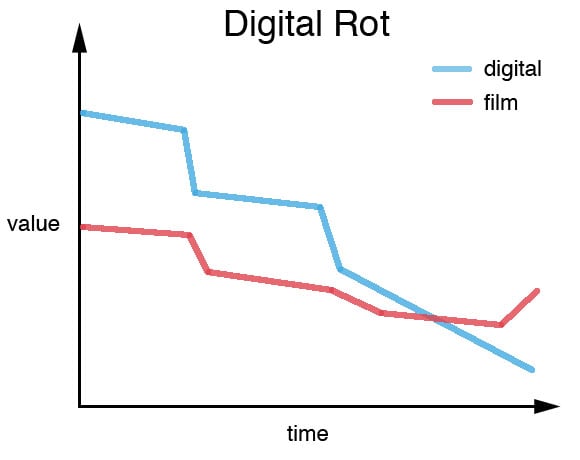 You probably know that, like computers, digital cameras depreciate pretty rapidly — especially when a replacement model is announced every 2 or 3 years. A sad truth about digital cameras is that the digital sensor inside DSLRs cause them to be more expensive than comparable film SLRs when purchased new, yet less valuable further down the road when purchased used. Ken Rockwell calls this “digital rot“, and writes,

Digital Rot means that a camera’s digital guts rot-out its value in just a few years because you can’t remove the digital guts. Sadly, Digital Rot is a disease shared by all digital cameras.

Buy a film camera and you can shoot it for a lifetime. Buy an expensive digital camera, and you only get a few years out of it before its value rots away.

GoPro Helmet Camera Shows What Being Two Looks Like