In the old days, affordable consumer cinema cameras used the same film as high-end ones, allowing everyday folk to capture high-quality videos. All that changed when digital video rolled around. However, there’s a new camera in development called the Digital Bolex that aims to bring us back to that:

The Digital Bolex is a “digital cinema camera” or a camera that shoots RAW images (sometimes known as Digital Negatives) instead of compressed video. Unlike the digital cinema cameras used on big budget films, the Bolex is designed with consumers as well as pros in mind, and will be inexpensive, compact, and easy for anyone to use, just like the film cameras many of us remember using as kids.

The camera captures 2K RAW video using a 16MM equivalent sensor. It records in DNG, TIFF, or JPEG sequences and has XLR inputs for audio. 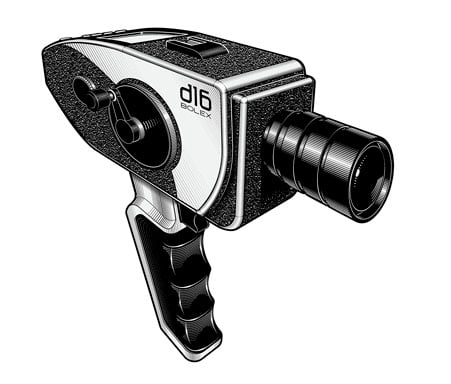 Here’s a video showing the first frames captured with the prototype camera. It’s a time-lapse video of downtown Los Angeles:

The project has already reached its Kickstarter fundraising goal of $100,000 with many days to spare, so the camera will definitely be produced. Contributing $2,500 to the effort will land you one of these cameras when they’re available.

The Digital Bolex on Kickstarter (via Philip Bloom)