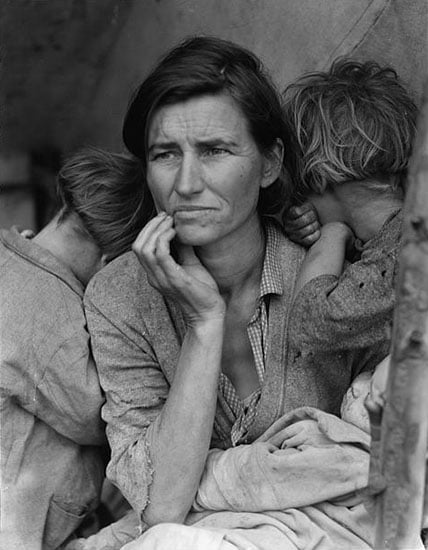 For every iconic photograph that’s out there, there was likely a number of other photographs taken at the same time that many people probably have never seen. One such photo is Migrant Mother by Dorothea Lange — an image that became one of the defining photos of the Great Depression. The woman in the photo, Florence Owens Thompson, had been travelling with her family when their car’s timing chain snapped. After setting up a temporary camp to wait while her husband and two sons went to town for repairs, Dorothea Lange drove up and spent 10 minutes capturing 6 photos.


Here are 4 of the photos Lange captured before the sixth and most famous shot was taken (one photo was never given to the Library of Congress): 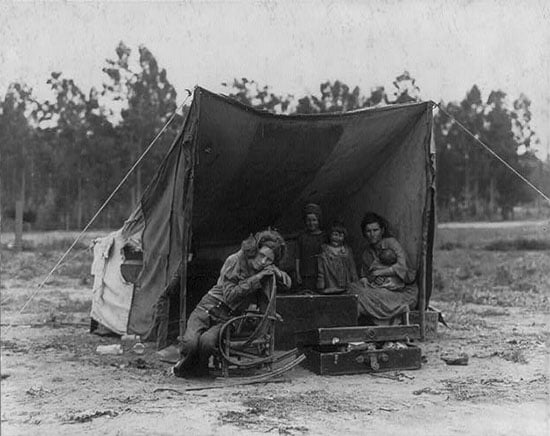 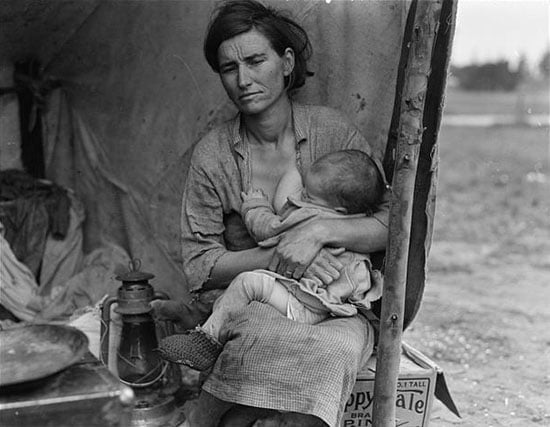 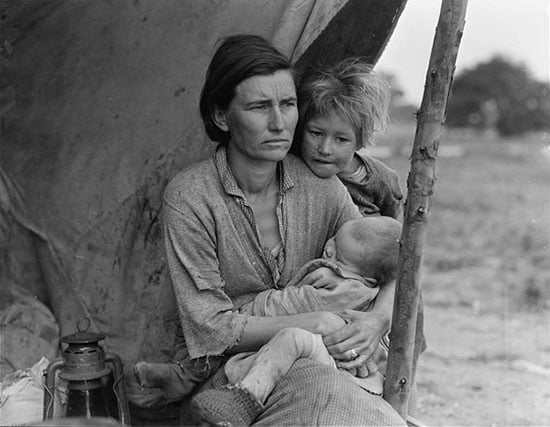 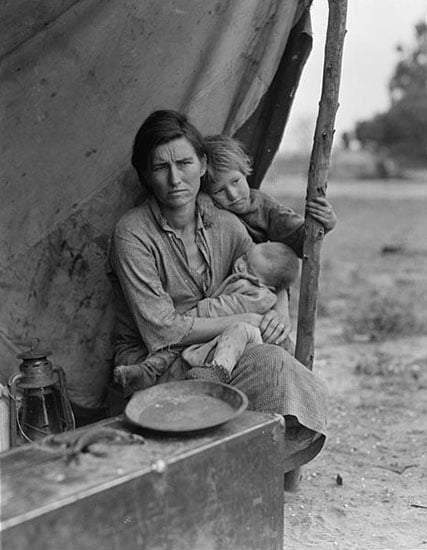 Lange had this to say regarding the encounter:

I saw and approached the hungry and desperate mother, as if drawn by a magnet. I do not remember how I explained my presence or my camera to her, but I do remember she asked me no questions. I made five exposures, working closer and closer from the same direction. I did not ask her name or her history. She told me her age, that she was thirty-two. She said that they had been living on frozen vegetables from the surrounding fields, and birds that the children killed. She had just sold the tires from her car to buy food. There she sat in that lean-to tent with her children huddled around her, and seemed to know that my pictures might help her, and so she helped me. There was a sort of equality about it.

After Thompson’s identity was revealed 40 years later, she expressed regret over the photos, claiming that Langue had promised that the photos wouldn’t be published.

Finally, as an interesting aside, here’s a fact about Migrant Mother that you won’t be able to ‘unsee’: in the original shot the mother’s thumb can be seen wrapped around the tent pole, but it was subsequently “Photoshopped” out of the shot. It’s semi-transparent, but the index finger above the thumb remained untouched. 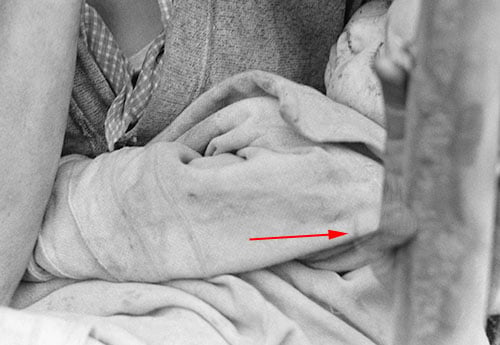 Wouldn’t it be awesome if you could look up the photographs taken immediately before and after any iconic photo in history?