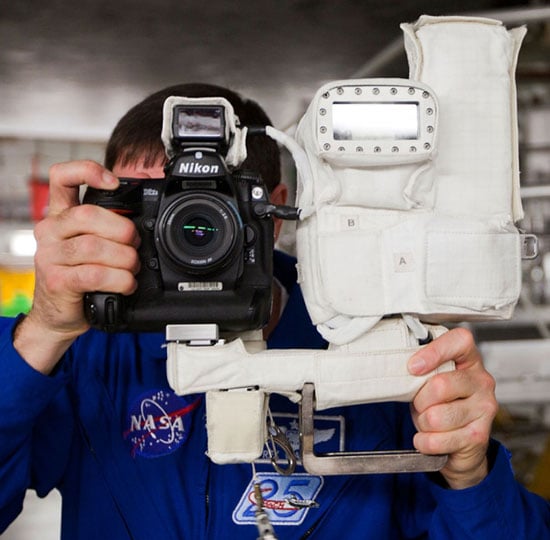 Ever wonder what the bulky white coverings NASA uses on its DSLRs is for? Popular Photography sent the agency some questions regarding its use of the Nikon D2Xs, and found out some interesting details about astronaut photo gear.

The equipment under the thermal blanket is a Nikon SB-800 flash in a custom housing that is used during a spacewalk (EVA). The flash needed a special housing because it will not work properly in the vacuum of space. The housing holds air pressure so that the flash will function properly. There is also a bracket on the bottom (covered with a white thermal blanket) that the camera and flash mount to.

[…] The D2Xs used for flight has the same firmware modifications and a lubricant modification. Other than that it is the same as buying it from the store.

They also state that because of the damage inflicted on the camera sensors by the radiation in space, sometimes the cameras are only used on one mission before too many pixels are destroyed for them to be used again.