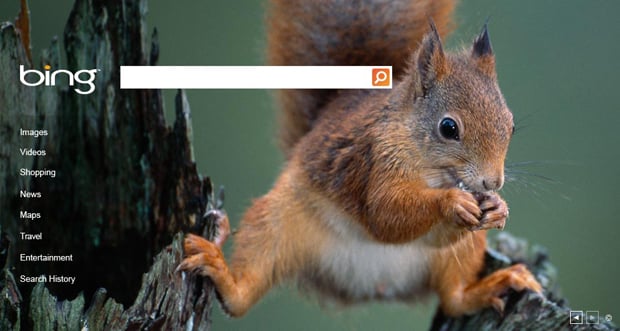 In the middle of last year, Google finally gave users the option of customizing its homepage with a photograph. Microsoft’s Bing search engine, however, has featured photography ever since it launched in 2009. Fast Company has an interesting article about how the photographs are an integral part of the strategy for stealing users from Google:

You might not imagine a bunch of editors running around looking for sexy, captivating photographs all day at Microsoft, but that’s exactly the case at Bing […] Every few weeks, the team gathers for a few hours to vote photographs up or down gathered from 14 different image providers, including the Bill Gates-owned Corbis.

Over the years, the team has started to learn what images entice users most. Event-specific photographs, for instance, tend to drive tons of traffic: images from India’s Holi festival, for “national squirrel appreciation day,” or of a solar eclipse.

This also explains why large format newspaper photoblogs have exploded in popularity over the past few years.

Photos Must be the Product of Human Authorship to be Copyrightable