Editor’s note: This is the second interview we’ve done with Haje. The first was back in 2010 regarding his blog Photocritic.org

Haje Jan Kamps is the entrepreneur behind the Triggertrap and the blogger behind Photocritic.org. PetaPixel: Can you tell quickly describe the Triggertrap for people who haven’t heard of it yet?

Haje Jan Kamps: Triggertrap is an universal camera trigger. It’s “universal”, because it’s designed to connect just about any trigger source to nearly any camera. Right now, we’re supporting more than a hundred camera models, but we’re adding new cameras to our Supported Cameras list all the time.

The device has a sound and light sensor built in, and it can do linear and non-linear time-lapses. I’m most excited about the auxiliary port, though, which enables users to connect nearly anything they want to the device. One reader suggested connecting it to the final buzzer they use at basketball games, to take a photo of the state of play just when the buzzer sounds — what a great idea! PP: How did you come up with the idea?

HJK: I’ve been building photography gadgets with my Arduino for years, and just decided to kick it up a notch — creating my first ever retail product.

PP: Why did you choose to fund the project through Kickstarter?

HJK: Over the past few months, I was talking to a few possible investors, and whilst I did get a fair bit of interest, nobody was able to give me an offer that sounded particularly like what I was looking for.

Kickstarter is a much better proposition all around: They do take a 5% cut of the money (and Amazon, who deal with the payments, take a similar chunk of money), but there’s something awesomely Web 2.0 and grassroots about this type of funding. Because people believe in the product, they are happy to take a small risk by pre-ordering one — and the money I receive for the pre-orders is enough to tool up the production line to get the Triggertraps made. It’s a perfect way of getting things started!

PP: Did the amount of attention you got exceed your expectations?

HJK: Oh definitely. The media — spearheaded by PetaPixel — went nuts over the product, and it was featured in Wired, Gizmodo, Engadget, and dozens of other gadget and photo blogs. It’s really quite extraordinary! 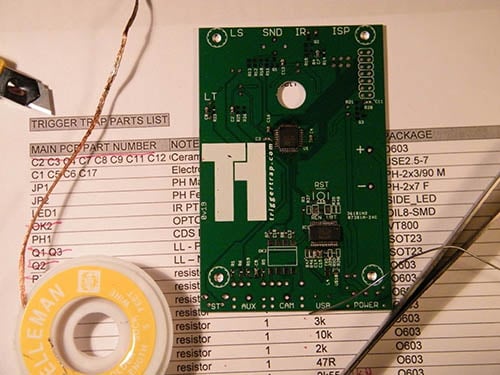 PP: What are the next steps now that you’ve secured more than enough funding?

HJK: Well, I have my good friend Michael working on the final tweaks to the prototype — we discovered that the sound sensor wasn’t quite sensitive enough, so we’re replacing it with a microphone and amplifier, which also means updating the PCB we had designed, so there’s still some design tweaks to do here and there. We’re also in the middle of writing the software for it, and we’re implementing a few of the suggestions that were made by Kickstarter backers.

For example, somebody suggested a ‘manual’ mode: press one of the buttons to take a photo. It’s really obvious, of course, but we hadn’t even thought of that some people might want to use their Triggertrap as a ‘normal’ wired or wireless remote. So Manual Mode is the fifth main operating mode we are including (in addition to sound, laser, timelapse and Aux).

In addition, we had a lot of other good suggestions for tweaks and people’s wishlists, so we’re implementing more of those things as well. After that, it’s another round of prototyping. If it starts looking good, the real excitement begins: production! 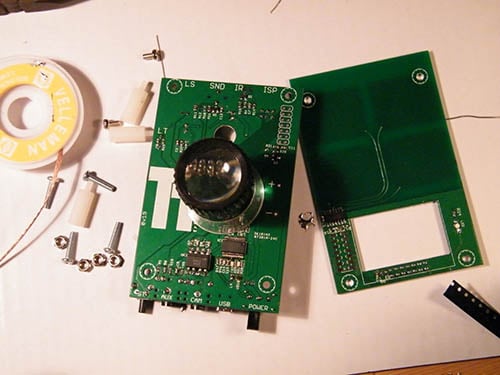 PP: What are the most challenging aspects of bringing this product to market?

HJK: So far, the most challenging thing has been getting the budgets to line up. I’ll be honest with you: it may have been a mistake to list the Triggertrap at only $75, and it’s not looking like I’ll make any money off the Kickstarter project. But that doesn’t really matter: Kickstarter was never about making money — it was about getting the required start-up capital to be able to manufacture the first batch of the Triggertrap — and that seems to be going really well. Now I just hope that I won’t lose too much money on the first batch of the device — and that people will continue buying the Triggertrap after it launches properly to the greater, non-Kickstarter public.

I think the real challenge is that I don’t have a lot of experience with this sort of thing — I don’t know the costs of manufacturing, so there has been a lot of research and getting additional quotes for everything I’ve done. If someone tells me that it costs $15,000 to make an enclosure, then I just blink in disbelief — but because I have no frame of reference, I have no idea whether I’m getting the bargain of a lifetime, or if I’m about to be seriously ripped off. Getting multiple quotes helps for that.

For a while, I had a bit of a panic about money, and came very close to cancelling the whole Kickstarter project: It looked as if Triggertrap and Amazon would take 10%, the US government would tax it for 15%, that I would have to pay 28.25% taxes to get the devices exported from the manufacturer to the UK, and another 25% on any profits I make. When you plug those numbers into a spreadsheet, basically there’s no way you could build the Triggertraps and break even. I found a good tax and import/export advisor, and paid them a fair amount of money to sort it all out, and it became viable again once they worked their magic on the numbers.

It’s a pretty unnerving experience, but I think I can safely say that I’ve learned a hell of a lot over the past few months — and it’s thrilling to see how excited people are about the Triggertrap. That makes it all worth it, I think. 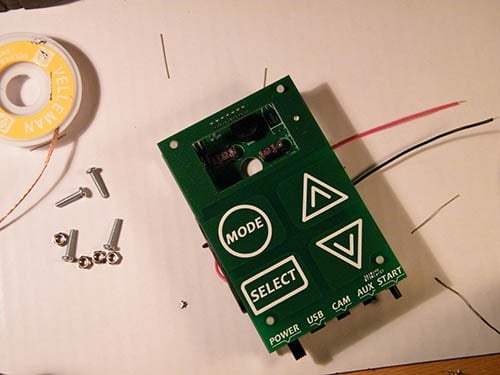 PP: How many people are involved in the project, and what are your responsibilities?

HJK: At the moment, there are four of us. I’m the brains of the operation (forgive me for adding a ‘lol’ to that statement). In addition there’s Noah, who’s our resident code warrior, and Michael, who’s my hardware expert. Together, they are NoMi design, and they’re absolutely fantastic. Without them, Triggertrap wouldn’t have happened. Finally, there’s Ziah, who is helping out with some of the writing for Triggertrap.com, and she helped make the pitch video for Triggertrap as well.

PP: What’s your own background in this kind of thing?

HJK: I’m a relatively competent programmer, and I’ve been hacking together photo gadgets based on Arduino for many years now. Most of the time, I build a one-off device using a breadboard and a rapid prototyping approach, use the device in my photography projects, and then dismantle it. I figured that this time, I just wanted to build something a little bit more permanent.

I do have a background in project manangement, though — I was the launch editor on T3.com (which still haven’t covered the Triggertrap — scoundrels!) — and I launched fwd.five.tv, the website for The Gadget Show and the Fifth Gear TV programmes here in the UK.

I suppose my main role in all of this is having ‘domain knowledge’ — i.e. I know and understand photography — and to project-manage the whole thing to fruition, including dealing with the money side of things, planning, and doing a lot of banging my head against the wall in confusion.

Ultimately, though, as I’ve said, it’s a thrill to see how it’s all coming together. As I’m writing this, 463 Triggertraps have been sold to more than 430 different people. I know that my books are printed in tens of thousands of copies, and that probably many more people have heard of me that way than via Triggertrap, but there’s something much more ‘real’ about the people buying Triggertraps, for some reason: They have names, wishes, and excitement that I’m able to interact with, and that’s a very different way of perceiving my audience than a number on the royalty statements from my publishers.

PP: What have you learned about entrepreneurship so far?

HJK: That it’s a hell of a lot more work than you’d dream of. I think Triggertrap has taken up 100% of my time over the past few months — much to the chagrin of my publisher, I might add. But also, that you’ve never truly felt alive unless you’ve created something awesome. :)

PP: If you could start over, is there anything you’d do differently?

HJK: I think I would get more advice from people who have been through the process before. I eventually got someone to talk me through the whole process from start to finish, and that little bit of additional perspective helped a lot.

PP: What advice do you have for people with ideas that they want to turn into a product?

HJK: Balls to the wall: do it. It’s an incredible experience, and the Interwebs loves a good idea — you just have to be passionate and prepare to lose a lot of sleep!

PP: Anything else you want to say to PetaPixel readers?

HJK: Well, in 2 weeks, when the Triggertrap funds on Kickstarter, the price is going to jump from $75 to $125 — so here’s your chance to get a Triggertrap at a 40% discount!

Accidental Western Scene Spotted on the Side of a Pier