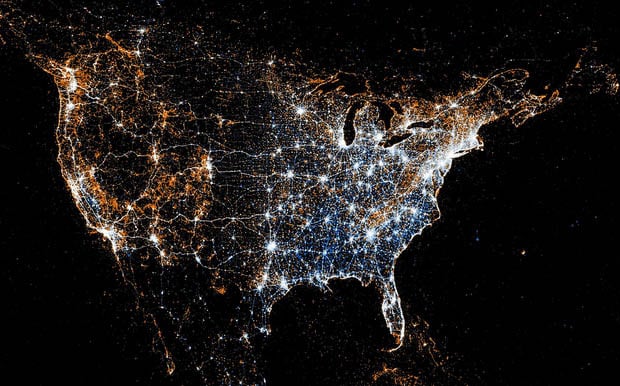 Last year map geek Eric Fischer created heat maps showing where Flickr photos are taken in large cities and comparing tourist vs. local hotspots. Now he’s back again with beautiful maps showing geotagged Flickr photos and Twitter Tweets, and the maps aren’t limited to cities — there’s maps for continents (see North America above) and even the whole world! The orange dots show photos, the blue ones indicate Tweets, and a white one means both were found in that location. 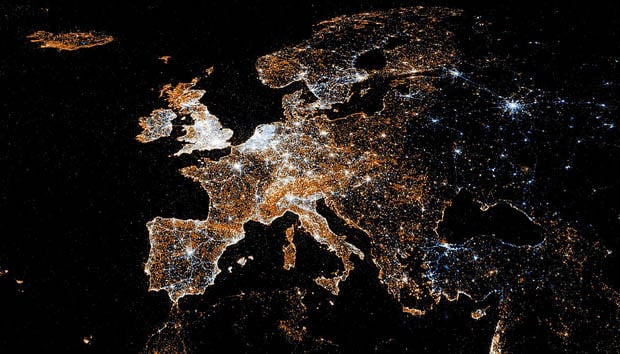 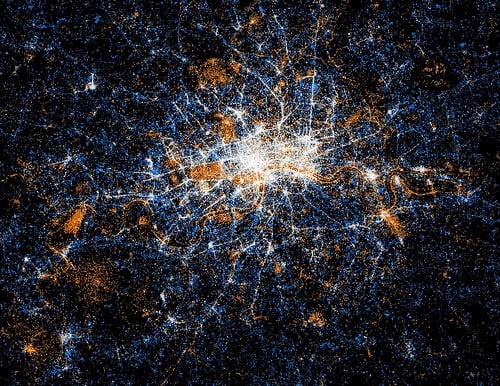 Head on over to the Flickr set, titled “See something or say something“, for the complete collection.

See something or say something (via Laughing Squid)