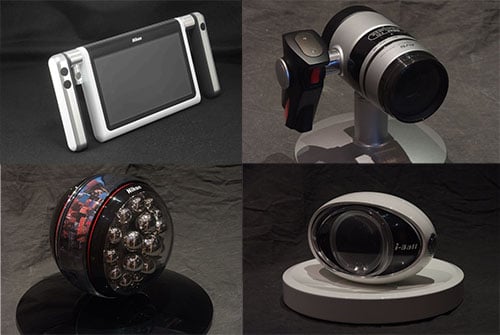 At the Hello Demain (Hello Tomorrow) exhibition in Paris, France this year, Nikon showed off a number of strange looking concept camera designs. While it’s pretty unlikely they’re actually planning to release any of these designs, it’s interesting to see what they would come up with for this kind of exhibition. 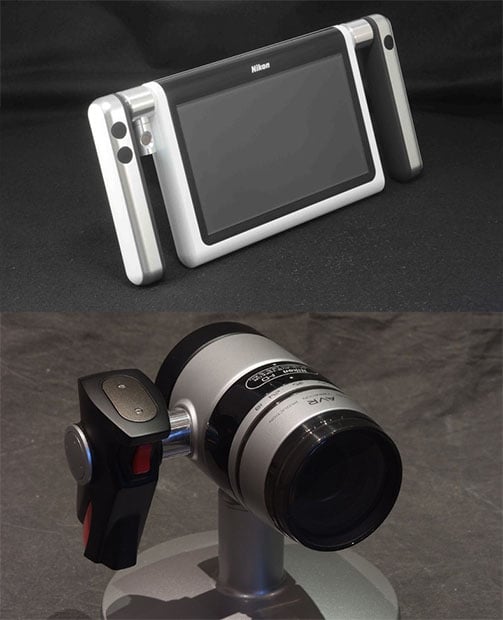 We’re not exactly sure if this is one camera or two, but they were displayed together in one case. Apparently it’s a modular system for which the LCD screen, the lens, and the grip are all interchangeable. Could it be Nikon is exploring something similar to the WVIL concept camera?

Here are a couple alternate views: 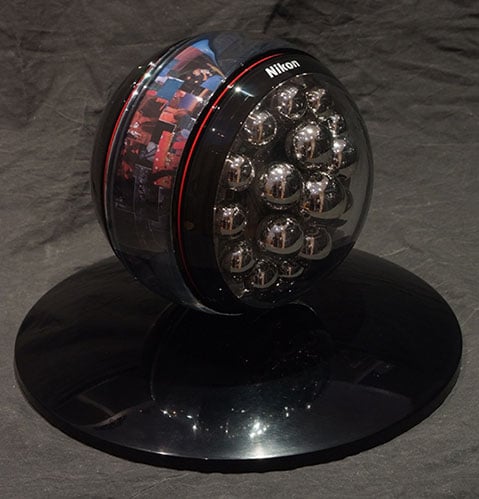 This appears to be some kind of 360-degree plenoptic camera that captures a scene through many different lenses in order to allow you to refocus after the fact. Perhaps it’s Nikon’s version of the Lytro camera that’s coming out this year? 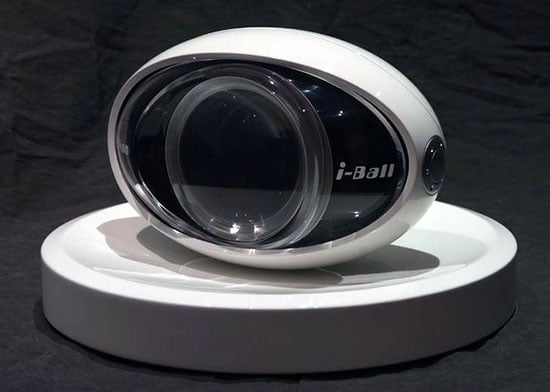 Funky name (maybe something Apple would come up with if they started making sporting goods). No idea what this camera does or what it’s “special powers” are. Perhaps it’s a GoPro-style HD camera that can be attached to random places (e.g. helmets, animals, etc…)? That would make sense.

You can find more photos from the exhibitions in this Flickr set by Flickr user montie_j (though these are the only photography-related exhibits).

Image credits: Images by Nikon France. Alternate photographs by this Flickr set by Flickr user montie_j and used with permission