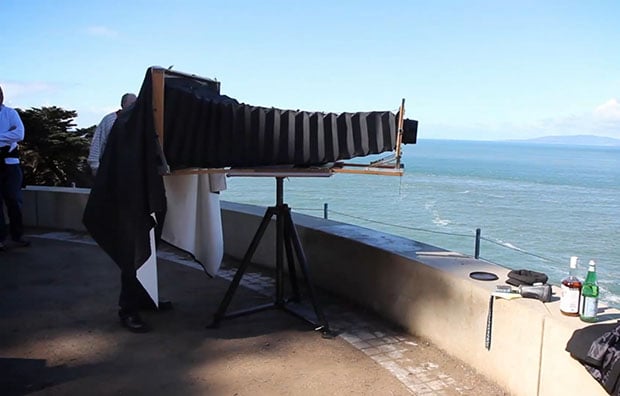 This new film, although cheap, is very fickle stuff, but once you learn all the tricks, it can be just as sharp as most other films, but it really requires special handling. When the film is wet, you can rub the emulsion off with your fingers, so tray developing must be done with extreme caution. You can’t develop this film in a rotary tank because it’s got a photosensitive coating on both sides which will cause spots on the negative where developer has gotten behind the film in the tank. Of course, if you really want it to work, it will, and you’ll learn a whole lot in the process. [#]

Here’s a short video in which he introduces his camera and photography:

You can find some massive photographs taken with this unique camera here.