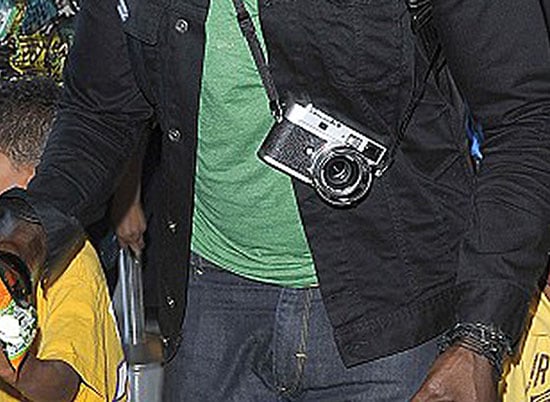 Last week The Daily Mail published some photographs of British singer Seal passing through LAX airport with his family. While at first glance it might look like the camera hanging around his neck is a Leica MP film rangefinder, look a little closer and you’ll see that it’s not — it doesn’t have a battery compartment, a film reverse lever, or a film advance lever… There are also rumors swirling around that Leica is planning to announce a digital version of the MP sometime in June (possibly called the Leica M9-P). Leica Rumors thinks the camera will be unveiled at a product announcement scheduled for June 21st, 2011.

Update: Leica Rumors has some higher-res pics here. Apparently the new camera will cost about $700 more than the M9, but the only changes are cosmetic. (Thx Phil!)