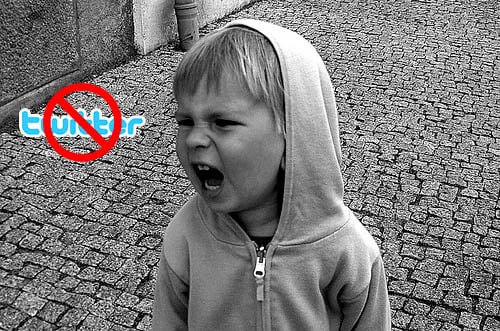 Last week Scott Bourne published an article on Photofocus titled, “Photos On Twitter – What You Should Know“. In it, he claimed that Twitter’s terms of service (TOS) forced photographers to give Twitter a license to do whatever they wanted with photos shared through the service. The argument centered around a couple paragraphs found in the document:

By submitting, posting or displaying Content on or through the Services, you grant us a worldwide, non-exclusive, royalty-free license (with the right to sublicense) to use, copy, reproduce, process, adapt, modify, publish, transmit, display and distribute such Content in any and all media or distribution methods (now known or later developed).

This was used to argue that Twitter owns a license to photos shared through the service. The second snippet is this one:

As a professional photographer, I can’t sell “exclusive” rights to any image I decide to publish on Twitter. The reason is that once it is published on Twitter, there is no exclusivity left.

Today ReadWriteWeb covered the story, bringing into the tech/business blogosphere. While the snippets referenced by Bourne seem like a big deal upon first glance, the argument is flawed because it’s based around an erroneous understanding of the word “Content”. This comment by Michael Owens on the ReadWriteWeb article explains it best:

This article, and all of the other articles that this stemmed from, contains a fundamental misunderstanding about the definition of “Content” in the context of Twitter. Twitter’s “Content” is the 140 characters and any metadata stored and served by Twitter. Anything that requires a URL to access (i.e. a link shared on Twitter) is not considered “Content” in the context of Twitter’s ToS (from http://twitter.com/tos “any information, text, graphics, or other materials uploaded, downloaded or appearing on the Services (collectively referred to as ‘Content’)”).

This may become an issue if Twitter were to—say for example—buy TwitPic or create their own Photo Sharing tool. And yes, there is potential legal concern with the way that their Media Pane system works in the #newtwitter UI design, as it does state “appearing on” but for their license to apply to the content of their Media Pane, it would require that the license from the service allowing their content to be displayed to be sub-licensed. Prior to the Media Pane in #newtwitter, I would have said this is a complete non-issue. Now, it’s just something to “watch” and, if you’re really worried about it, don’t use services that work in the Media Pane.

This is the Media Pane Owens is referring to: Thus, prior to the new Twitter design, “Content” pretty much referred exclusively to Tweet text (as well as profile and background images). Even with the new Media Pane, it doesn’t appear that Twitter is claiming a license for the photographs displayed. Twitter even notes in a “tip” immediately following the controversial TOS section — this isn’t mentioned in any of the articles — that it’s simply meant to allow them to display your Tweets:

Since Twitter doesn’t currently have an photo uploading feature that stores images on their servers besides avatars and background images, there isn’t a way to “publish” images to Twitter.

If you’re still worried about images that appear in the Media Pane, just avoid linking to services (i.e. Flickr and TwitPic) that show a low res version in the pane. Photos that are linked to from Twitter but stored on third party services or your own servers don’t count as “Content” and the controversial sections of the TOS don’t apply.

The second controversial section regarding making your content available to third parties has to do with providing an API through which your data can be accessed. For example, if you use a third-party client like TweetDeck you’re using this API.