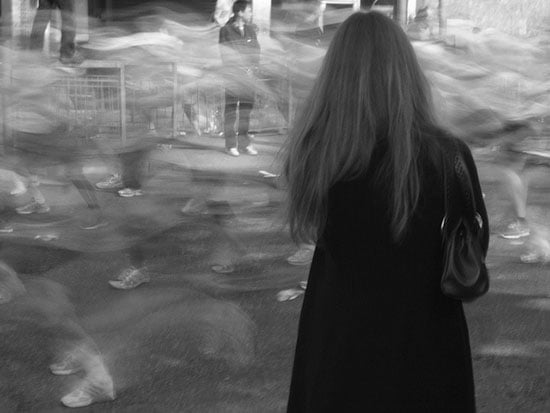 Runners in broad daylight aren’t often captured as motion blurs, but that’s exactly how Flickr user Justin (just big feet) shot the London Marathon. Just stick a neutral density filter or two onto your lens to restrict the amount of light entering your camera, allowing you to shoot at slower shutter speeds. 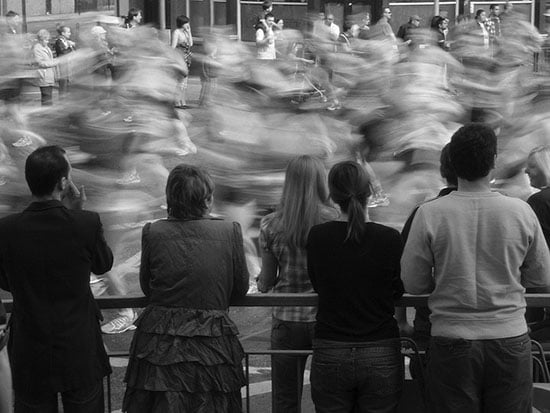 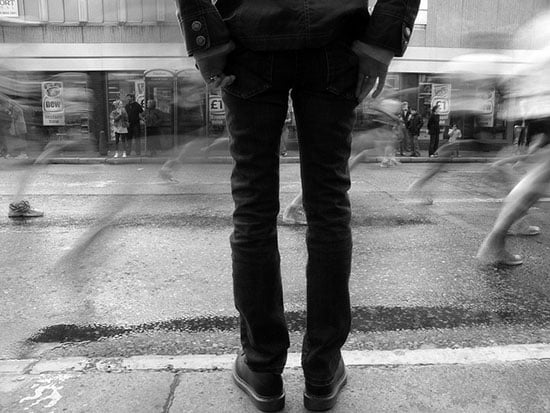 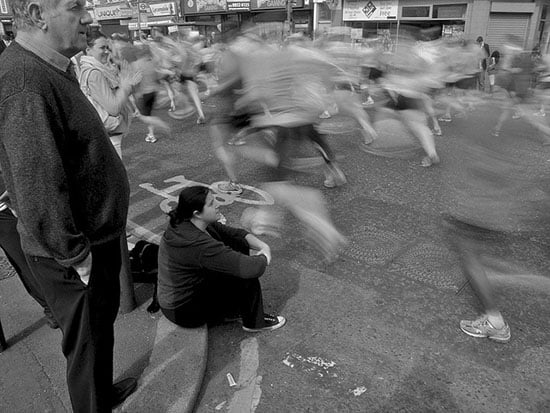 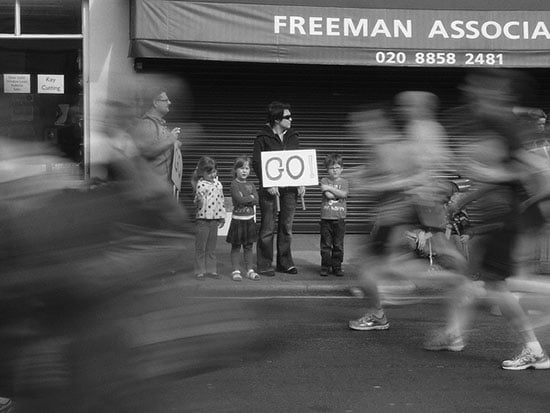 Photographers often use this technique to blur water (e.g. streams, ocean, waterfalls), but it produces a pretty neat effect when shooting runners as well! You can see more of these photographs in this Flickr set.

Running for pleasure (via Photojojo)