This time-lapse video was shot by Nate Bolt using a Canon 5D Mark II, a 16-35mm lens, a tripod, and an intervalometer on an Air France flight from San Francisco to Paris. The camera snapped a photo every 2-30 seconds throughout the 11 hour flight, roughly capturing one photo every two miles of the journey.

Here’s what his setup looked like (seen at the end of the video): 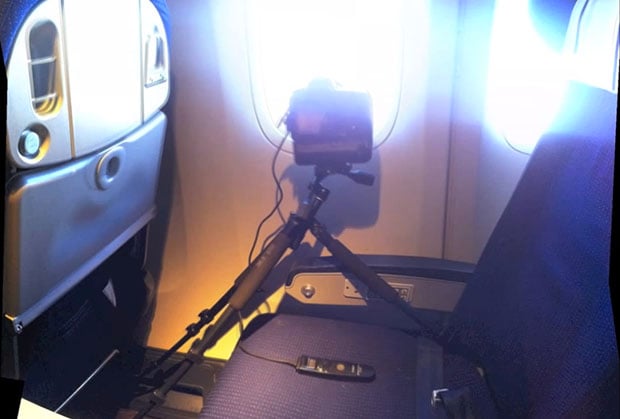 Bolt benefited from quite a bit of good luck — he had a whole row to himself, friendly passengers around him, an understanding flight crew that allowed him to shoot the project, and a beautiful aurora display outside his window midway through the flight.

Aurora Borealis via Airplane (via Gizmodo)

This Muddy Nikon D3 Shows the Benefits of Weather Sealing